I have written elsewhere about ISHTAR/ITZA, the urban goddess of Babylonia and MesoAmerica, known in our culture as Easter (Ostara). Her concerns are “ways of life of urban living (cohabitation)” made possible because of “agriculture” which at the time of her inception was a cult amongst hunter-gatherers.


Even in todays postmodern English language it is possible to trace the definitive roots of concepts and intentional meanings from the Ancient language. Phonemes have a way of doing that, the true speech being what it is. Isolated cultures are variant stances upon it, equivalent of colloquialisms.

RI:    given of, (Egyptian words Re, Ri; ‘flow of energy’,
depicted as winged females or simply  by a feather, itself a teaching school)

CULT, - in this, ‘cult’ being revealed as definable as an alchemical distillation process, ‘cue’ (‘align into’, ‘ask of’) - ul (whole - process of systematic contemplation and comprehension) - ‘old’, ‘made’ as in res-ult)

She resides over the industrial scale agriculture which enables sustainable ecology providing for food and resources for urban dwellers who are not themselves specifically hunter-gatherers nor farmers, if they are it is within urban environment; therefore she is goddess of Fertility. For summary, it is understood the symbolism of a serpent around a cross described alpha-numer-o-logic-ally either as ST or as TS which for integrative and and phonetic purposes  is compiled into the simple X, ergo her name IXA relates to the Life Force Energy revered by Empirical Roman culture imprinting its stamp across Europe.

In my teenage years I schooled at the Academy in the Roman town in Wales of Isca (modern Risca) which to extents and purposes is named after Her. She is a Life goddess. In this we can identify that her spirit is not uniquely modern and neither is it a dead remnant from ancient times forgotten; it is very much a living deity whose energy has surfaced repeatedly throughout many cultures and communities across the globe, throughout thousands of years of Human history. In some, her female energy is comparative with the male Life deity of similar name, assigned to the Christ figure.

There is another ancient Life deity who runs concordant with IXA.

Depending on source, EL gender is male or female. It is specifically not identified as being a hermaphrodite deity and so we can extrapolate that its two forms are either/or male or female. It goes by the same name in either case. This is one factor which has led to some complexity in properly identifying EL, in character and concern.


Within the Hermetic tradition, the symbol E represents “pure flow on all three levels” ;

often with the lower two being combined into one (the middle) factor, with residence of Spirit as the higher flow;

There is a very strong argument that Intuition is a Higher Self faculty which emerges through and as the core of being for those properly aligned in their holistic being, balanced internally and harmonious with external environments, culture and emerging life experiences.


Within the Hermetic tradition, the symbol L represents “flatline” only the material density is flowing. Usually this indicates our focus is with the material plane once spirit and self-awareness has left. Ergo, dead inert substance with no life in it. L is corporeal.

Within the context of a Life deity, we are observing the harnessing (persuasion, capture) of spiritual and self-aware energy into the material flesh. There are different levels of perception in which different interpretations of this statement. In one, the term ‘seduction’ is not out of place. Scientifically, ‘harnessing’ is appropriate.

EL provides flow for life to travel through.

EL is the Assyrian serpent god/dess.


There is contradiction between polarities that the symbol EL means simultaneously Lifeless matter  (Dead objects) and the channelling of Life into Flesh (conception, pregnancy, birth, fertility).

With Animism, “anything which can be perceived to contain spirit (Life), does so, is alive.” The relationship of this awareness with what EL is indicating splits into two parallel observations and each has its own mode of thought processing. These are not gender assignable.

Interpretation One (Shamanism)
All things contain spirit, however spiritually inert matter is that which has no soul in it.
This provides for a social environment and spiritual belief structure wherein objects can contain spiritual essence. Many different cultural groups accept this as valid: voodoo, candomble, santorina, it continuously reforms itself appropriate for the living generations although the core teachings are universally identical throughout history and all across the globe.

*Gone as in: ‘cease’ or ‘go elsewhere’. The division between these two polarized world views is extreme. Materialism vs Spiritism.

“No form of energy stops, it transmutes” is a tenet of hard science which materialists find difficult to reconcile when applying it to the Soul and what happens to the Soul after ‘death’. Their thesis contradicts itself without integration of transmigration, which necessarily undermines the hard-science approach. There remains a necessity for the hard-scientific paradigm for purpose to establish a context focussed on discovering and exploiting material laws.

Technological development from rubbing sticks together to create heat to bonding atoms at molecular level to create super-computers capable of analysis far beyond human potential and ability. That deity is a different one, outside the immediate scope of this essay, although its path entwines with the journey of both IXA and EL. Technological progress ‘made possible by’ and ‘making possible’; agriculture. It is a different journey than Spiritual progress made possible by… human perceptual and cognitive evolution.

These symbols in alphanumerology relate in a different way than in the more complicated physical manifestation and our cognitive structures to comprehend it. EL is life, AI is artificial intelligence, a mechanical mimicry of Life. 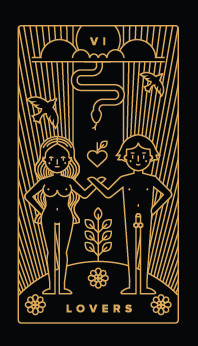 EL is serpent deity. In male form, in female form. It indicates not the physical body but the essential energies, the desire to procreate, the sexual act, genesis of life, development of life in terms of DNA encoding and evolving. DNA does not ‘set’ in Humans until several years after a child has interacted with the ecology and environment they are born into. What the child encounters in the world, bonds with and affects the genetic structure. This information is passed onto that individuals descendants as a part of their DNA.

Think about the concrete dust, petro-chemicals, petrol-based plastics, and WiFi signals we are rapidly adapting to in our own environment.


Where IXA represents the activities and lifestyles of cohabitation and continuity, EL represents the genetic code and the primal need for sex. EL is about sexuality (often disposable, often bonding, and definitely a source of power) and genetics long-term over generations, family tree’s.

EL is about ones sexual relations (which is different from idiomatic, culturally contextual realm of the mind involved in exploring sexuality by creating spoken agreements with lovers), and ones attitude toward ones own sexuality, something Freud established as a primary drive underlaying personality, behaviour, and so forth and which Jung associated as part of the Shadow Self which we become more powerful by facing and integrating. In these terms, EL is concerned with the sharing of our subconscious drives with another (hopefully compatible) person, in any case a balance-partner, for purpose of revealing and understanding it (an underlaying purpose for relationships).

There is a lot more to sexuality than mere short-term pleasure. We are literally made of it. EL is the residing deity identified by our ancestors as being involved with unveiling that awareness and actively doing something creative with it.

EL is a serpent because we wrestle with it. It is more powerful than all our other faculties and this itself is a primary facet of what being Human, is. We are still even now seeking as a species and as individuals to wrestle control of it. There is a story that when we finally do master it, we will cease to procreate; or that we will procreate consciously.

EL then is a fertility deity but more specifically, the deity of Lovers. EL is not specifically for procreation. EL is for exploration, experimentation, discovery of self and balance-partner (pardoner/part) of the compatible gender. We are genetically hardwired on multiple planes of being to satisfy this quest.

What came later is persecution of couples and individuals discovering their own power base through sexuality, and repression of the knowledges which sexual empowerment can lead to. The appropriate terminology for which is, to borrow a Sufi phrase; entering into the “magickal universe”. The backlash against wild abandonment and promiscuity was an era of harsh discipline. We emerge now into a time where the lessons of both have been assimilated. What we do next… is our own business.

Lessons For The Now

It is all about openess and communication. Not compromising with inhibitions and socially-reinforced negativity and repression. Openess is by nature non-restrictive. Sex training for spiritual empowerment. Initiates taught methods to rise above the cultural dogma, how to stabilise that plateau and how to protect from persecution. Lessons of EL (el-liasons).