Although I have made this page open to public, it is not yet finished and complete.
I will be adding more to it until such time I can delete this disclaimer.

In Egyptology Re is 'the emanation of the sun' (literally 'light' in modern thought, it meant originally also 'child' or 'will' of Ra).

In India (sanskrit: En Da - 'into the body' or 'into the day' (as opposed the night of unlife, Between incarnations, the underdark), Rishi translates as;

"Rishi (Sanskrit: ऋषि IAST: ṛṣi) is a Vedic term that denotes an inspired poet of hymns from the Vedas. Post-Vedic tradition of Hinduism regards the rishis as "seers", "great sadhus" or "sages" who after intense meditation (tapas) realized the supreme truth and eternal knowledge, which they composed into hymns."  https://en.wikipedia.org/wiki/Rishi

So although in quick modern dumbed-down translation Rishi means "poet" is in fact goes far deeper than that to indicate that it means Sage. Sufi Mystics (later integrated into a school of Islam) are also known for this dual reputation as both Seers and poets.

"Post-Vedic tradition regards the Rishis as "sages" or saints, constituting a peculiar class of divine human beings in the early mythical system, as distinct from Asuras, Devas and mortal men. Swami Vivekananda described "Rishi"s as Mantra-drashtas or "the seers of thought". He told—"

"The truth came to the Rishis of India — the Mantra-drashtâs, the seers of thought — and will come to all Rishis in the future, not to talkers, not to book-swallowers, not to scholars, not to philologists, but to seers of thought."  https://en.wikipedia.org/wiki/Rishi

Following the leads from the Rishi Wiki brings us to Carnatic music. 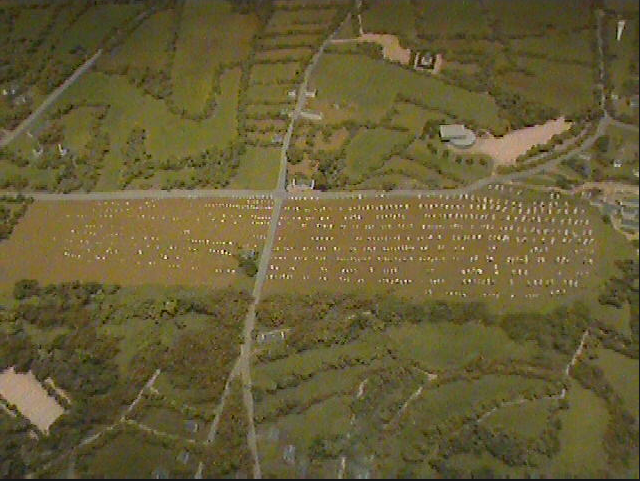 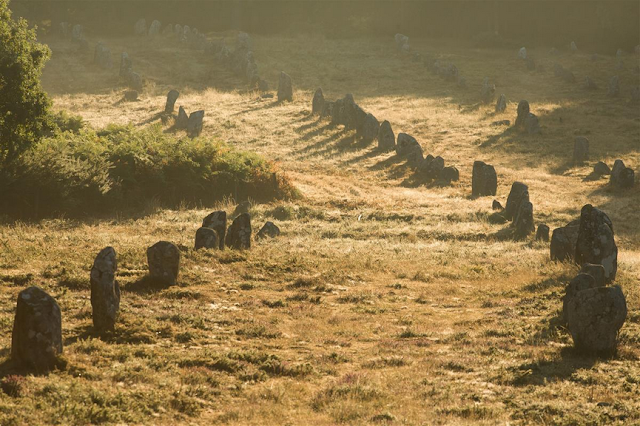 The originators who erected the curved rows of stones did so to a solar map. They knew that the direct line at dawn, midday, dusk of midwinter, midsummer, autumn and spring equinox, of the sun and its shadows, would connect different stones, stones from this alignment over toward that alignment. At any one time the specific configuration alignment of that day and time would connect different stones. The stones had names, measuring days months years named after gods who stories describe energies. What happened here in curved rows and columns is the same as what happened with Mayan calendar wheel.

I had initially on visiting this site assumed it to be the ‘warehouse’ for settlements across Europe and that those wishing to harness their geo-energy into a singularity through the crystaline structure of the stones would pick and choose. from the available rows, to be flown using ancient atomic-harmony-technology to the eventual site. Today I see it very differently.

They were placed here because its a perfect place to get the result of using it as a calendar to describe connective energies. Understanding mayan calendar wheel helps explain the Celtic one, how it works.

Each month also (at time of writing I do not know fully what Janu (reborn serpent), Feb (fire-ore), Mars, Ap-ri (ram), May, Jun, JuliusCaeser, Augustus, Sept (seven) Oct (eight) Nov (nine/new) Dec (ten) (also ember, ober) mean, although some of how I have written this should help you to see where i am coming from in explaining ‘what this stuff meant to the ancients’ (was more than labels, it was poetic meaningful descriptive information) - although I do know what Capricorn, Aquarius astrological zodiac means as symbols to describe the intergalactic electromagnetic energies residing at that time).

Mayan do not do minute/hour/day/month/year as do we.
They do a different system of alignments, which is both simpler and more accurate.
I am assuming the builders of Carnac had a similar simpler system to describe the energies which reside and give us personality encoded into our genetic structure depending on the moment of our conception and arrival of the re-in-ca-na-te* spirit harmonious with that bodily form.

Our ancestors knew about this stuff.

We can’t even remember who we were without a lot of advanced education largely involving the breakdown of the right-brained attachment of mind to delusional socio-cultural identities and learned/programmed behavioral responses (mostly during childhood) instead of recalling our fuller, transmigrant self.

"This account of Shamanic experience, terrible and life-changing, is recognizable to any who have been through such an ordeal, willingly or by accident. The psychic trauma dismembers the old persona, and if the individual survives, he or she is reconstructed in a subtly different manner. Shamanism gives access to eldritch areas of being that can rarely be reached in everyday states of consciousness. Thus the Runes, grounded in the eldritch, mediate between the various  realms of understanding, description, and the unspeakable inner workings of the mind and the cosmos." The Book Of Primal Signs, The High Magic of Symbols, by Nigel Pennick


*
Phonemes with very specific meaning in Sanskrit have survived into our language even today, hidden in it, encoded into it so that when we hear the key phrases, it guides us toward re-awakening to our fuller potential.

Temple layout represents The Body Of Osiris (original being)
(whole & original Sire, SeRe, sri, both source and king, ceres, source, circe)
Original Being is a theme of duality (the Duat and Tuat).
It means both;
1 the concept, which is talking about;
2 the state of being.
Not literally 'tallking about' as an activity but as in holding the information base regarding.

Split awareness that a word can mean both Self and Information pertaining to Divine Perception. 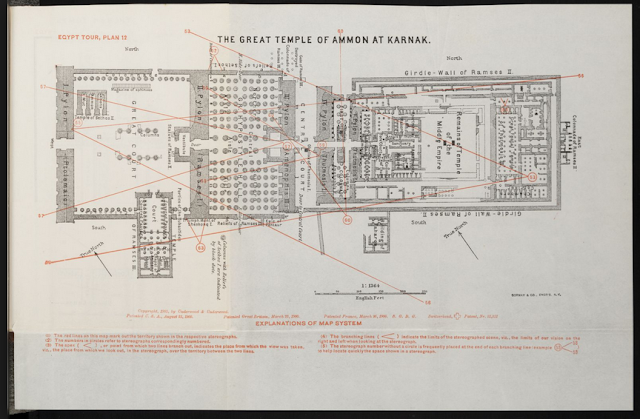 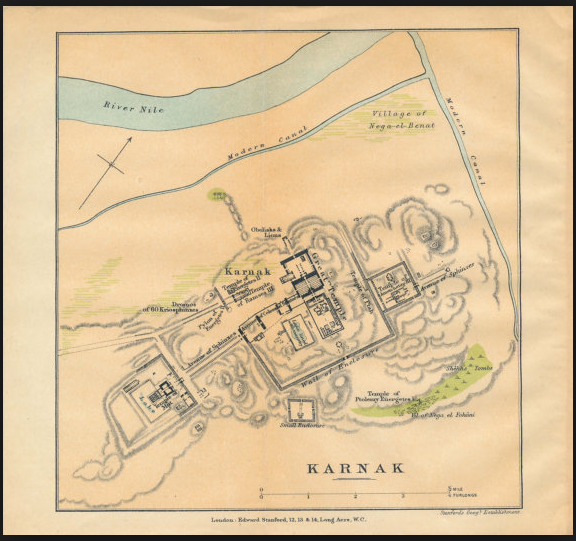 Many references to the importance of Sri Lanka & Tamil (Tao-Mi-L = the way of the many who know).

The ancients named the locations their generation would translocate to, with variants on the same theme and name (phonemes) although it is difficult to ascertain precisely which era of the high cult connects with which location and generation who birthed there to spawn descendants on those lands. Each incarnation was an experiment in recalling past life memories.

Tamil - Wanni region was in my own lifetime war-torn because the Sri Lanka government (controllers not awoken to transmigration / thus tyranical demons) wanted to claim ownership of the land. The traditional homelands of that specific culture and bloodline was stolen. These tribes went to war to protect their traditional tribal heritage but were regarded as terrorists for standing against the dominating government. The UK government sold weapons to the Sr Lanka government, which is in part how the tribes fighting for their own freedom were overcome.

This scenario has paled into insignificance because the similar situation between Palestine and Israel (USA and UK funded Israel who have destroyed Palestine - as the mistranslation-into-English versions of the bible prophecized they would do); an event which has also been ignored and permitted to occur by the International Global Community who listened only to propaganda (that "these ignorant people are terrorists who must be subdued coincidentally the result of which is we will own their assets).

Original Tribal Customs of these regions are: that we have transmigrated through (not from; through, it is a very different incentive) Egyptian form of the School of Transmigration (the "one thousand year culture." The spirituality of diverse regions mutates from the original teachings as can clearly be seen. The Egyptian School was necesary because it was what remained of the scattered Assyrian/Babylonian school who were aware of these things but fell to statecraft of the living (materialism) instead of enrichment of the soul and evolution (the light culture).