The following two blogs both need re-editing, were hastily written in the excitement of experiences.  The first, white cones, occurred following several weeks during which I had been studying with Herkimer Diamond (high grade quartz) on my crown chakra for hours every day and sleeping with it above my pillow. The second, white space, occurred after I had been taking white powder gold (ormus) for several weeks. 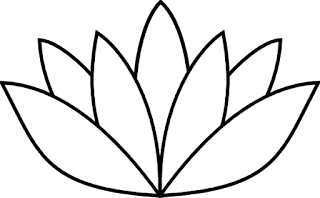 "A stairway to heaven is built for thee, that thou mayest ascend. Thou judgest between the two great gods, who support the Two Enneads. Isis weeps for thee; Nephthys calls thee...."

Through the top of our heads, our aura extends like a white tube all the way up to the atmosphere, where it funnels out at the top. The energy helix swirls up through us, our bodies share the space that are the root of this cone that extends to the edge of space.

Our eyes are on the side of our bodies, not the front. We have eyes in the back of our head too but they see into radio/telepathy spectrum, they 'look' more like lacewings of insects, made of light. We 'hear' through them into the middle ear, or 'sense' vibrations through them; it is a 6th sense.

The flower of our true self is made of light and stretches high, but some people are shut off from this, blocked and need healing. I do not even remember this is real when negative people are linked onto me, focus their Attention grip on me. But with some people of the light I see more clearly and now I know for sure what the next series of art I must produce is to be. I have felt in in me for years but I see it so clearly now, what we really look like.

The body is only the physical root, our arms are roots, our legs are roots, for moving and manipulating particles of stuff to interact and weave and get our energy. But our true body is the one made of light, a cone or funnel stretching high up into the air. This light has rainbow chakras in its root that grip and manipulate the body, but the higher spectrums are like standing stones and stone circles (70% quartz) are, there is a vortex, a grid mesh with celtic knotwork weaves of leylines up spiralling through it. We are this cone, when we are free from confusion.

When we are totally open in our chakras and Love flows through us, this is the flower opening. Our minds eye or third eye is somewhere up there, when we let go completely the ego and look down from the psy~space of this cone. The top of the cone, I think they weave together with the atmosphere and connect us to others.

Through this we can access Argelles rainbow bridge which is a telepathic network but also we can travel this bridge using the chakras too, our light bodies; because attuning our chakras to the precise spectrums and disengaging from the body/material/time, harmonising with the waveforms of frequencies of the rainbow bridge, the same way as we harmonise to the star barcodes of distant stars (radio spectroscopy, William Herschel). Learning to come into and out of the body, to relax our grip of it to travel to other places that we can access; the Dream worlds. Damn other people have entered my zone and their ripples affect my waveform, I lost the flow.

Additional;
Now perhaps you will begin to appreciate and understand the beauty of the egyptian light cult with reference to djed pillars. The thousand petal lotus of the indian culture that grew from it, the buddhist and the early christian teachings that grew from it, the purity of islam before it became a religion which also stems from egyptian priesthood. The jaguar priests who also founded 'the egyptian afterlife of plenty' that accurately describes the mesoamerican (mayan) high culture which was much less evil and bloodthirsty than its christian conquistadors misrepresentation of its symbolic arts, that sadly has become its reputation. They used graphic symbolism because as a people who were bonded with the earth they understood the powa inherent in the earth. Snakes are waveforms, blood is Life. The orthodox buddah school that also emerged influenced by egyptian light cult teachings. All religions today are fragments of the scattered source religion; the Light Cult.

I use HERKIMER DIAMOND to open the crown and third eye chakras, it is high grade quartz. and I used a big, rough hewn chunk of ROSE QUARTZ as a curative for depression, to open my heart to LOVE and to help me channel love to the people around me. By giving them love energy they feel their mood lighten and are nicer to me, you should try it. Both of these types of crystals are inexpensive and readily available.

I must include here about Water; Our bodies are 70% water; we are filtration systems. This is the conduit for the electrical. Water is associated with our emotions. We all are made of the same ocean. EM ocean, electromagnetic ocean. Our language hides secrets of spiritual wisdom.   White Light has nuances within it. It is not as einstein~minnowski are misquoted to have told. They said IF ... THEN about c (steady constant) being 186K mps. These nuances are visible as energy spiraling up through the vortex.

I had a vision 2 nights ago that has taken me 2 days to get my head around....

I was in the kitchen and I watched certain items 'dematerialise', destabilise into their component particles; 'unbound of form'. I had been reading about the CERN black hole generator that will destroy the material planet just a few years from now. but it cannot contain 'faster than light' particles. the REAL laws of physics governing 3D are that matter=time. this gives a localised time tempo (BPM) unique to each object. when its component atoms are harmonised it is free of the gravity well. this is how ghosts & ufo are vibrating higher than 'our normal vision spectrum'; because they exist in a different time zone (their own) rather than the shared one.

What I saw 2 nights ago is the material world dissolve and then I was back in that place of soft whiteness where the pain goes away & all is love. I last went there during an OBE. when the soul leaves the body it leaves time; so that we all enter 'heaven' (whitespace) at the exact same moment. so there is no rush to get there, relax! immediately I understood all this I was back in the kitchen again.

did I simply recreate the world in its same image as before? was I in control of this or was it something other? did it happen to the whole world, or only to me? I know now that if/as/when nuclear war or black hole or whatever (world blown up), then theres nothing to worry about because it is necessary for reality to do this, to drop all the nasty heavy shit into the black hole so the rest of us can float up free above it into 5th space, the new realms where positive psychemotional energy, loving thought vibration, manifests as the world around us; much like with a controlled lucid dream.

the experience felt more like I was accessing this level of experience to teach me how reality works, because the ascent of spirit/material reality is not smooth; it is ups and downs with a gradual incline, mostly to do with who has their hooks into us and where they are at at the time. this one brief moment, nobody had their hooks in me and also I was full of love&light*

at which time I worked it out. this is the 2012 galactic energetic alignment portal that the mayans and pleiadians are telling us all about. this is why we study herkimer and rose quartz, why we LOVE love love all forgive all teach this heal everyone because the negative is dense and the positive is ascent.

I have to share this with you all because it really is real. Vasseius, a very great teacher from Andromeda taught us that; "Pain is the Love we withhold."

People who are broken; they fear and they doubt and they need to control other people which reveals their own insecurities, their own lack of self love.

All of them are going to fall into the black hole. They will exist in a dimension where their own preconceptions create a dense material reality.

The ones who Love, will become a part of the light. It is an elegant, smooth transition. The light is not a religious definition of 'god' lol its nothing to do with that. It's acceleration, its like breaking through the water surface tension. Into a place the White Zone where the laws of physics are more dreamlike, insubstantial; and we can then really begin to learn, what it is all about, what we actually are when we aren't in a body of one form or another, when we aren't in time.

This is death consciousness speaking through me.