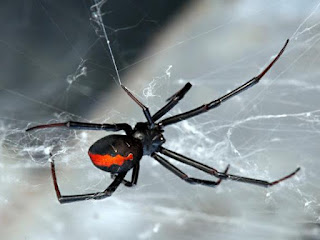 A short story about modern dating.

With hindsight what he learned about her from the experience of meeting with her three times is an important lesson.

The principal she works on in practice is tell men whatever they need to hear to get them into bed and then dispose of them through whatever means necessary no matter how unscrupulous and underhand she must be to do that.

Her problem was she was not expecting to encounter somebody gentlemanly who treated her with respect.

Two days before the previously arranged dinner date which would have been their first official date after an initial meeting, she texted him.

“I’m drunk, at a friends place, it’s their party but I want to go home. Can you pick me up?”

Of course he said yes.

To say no would’ve put him in bad light and she probably would’ve cancelled the dinner date which they were both excited to go on.

He collected her from the street her friend lived on and drove her several miles home late at night and she was indeed drunk. Drunk enough to turn the friendly hug into a kiss of the sort which says fuck me now.

She literally said the words “You can do anything you want with me.“

He untangled before he became any further entangled. “I intend to treat you with respect. I will not take advantage of a lady while she is drunk, especially as we do not know each other very well yet.”

She kissed him again more intensely. He was tempted to go back on what he had announced. He pulled his mouth away from hers and hugged her. “I should go home.” It happened again and he did the same thing again.

Sobering up enough to realise she was not going to get laid immediately she said “You should go home. I’m sending you home.”

They hugged in the doorway and kissed again. He went home.

During the dinner date there was no mention of her hot passionate attempt to fuck him. They talked about mutual interests. They ate. She drank another bottle of red wine.

They went back to her place and she explained that when she had said she was divorced, what she meant was she is not yet divorced and technically she is still married despite living in her own place and having her kids half of the time.

He laughed, having been true to his intuition that there was something more going on than she had led him to believe.

He forgave her because he is humanitarian and cares for her, adaptable to her situation. Desperation had driven her to bend the truth a little. It was a test of his dedication to her.

He also recognised the wisdom inherent in the creed of gentlemanliness. He had not helped her to commit adultery which would possibly have affected any divorce proceedings.

They arranged to meet again. They hugged but didn’t kiss. He went home.

She messaged him “I’m going back to my husband for the weekend, for my kids, sorry to cancel our next date.”

He replied: “For an easier life, you should delete our phone texts.” He had visions of her husband reading her phone log and bringing the issue to court regarding any future divorce and child custody. She did not reply.

The following Monday night he messaged her. “How was the weekend? Stressful or a blissful reunion?”

She immediately picked up and replied: “Blissful reunion?”

He felt he should explain. “When I wrote that, I was being protective. I did not know where your mind was at. I did not want you to get in any trouble with your husband.”

He contemplated what would have happened had they fucked that night while she was drunk. Would it make him any less disposable? Now he had seen another side to her character, how spiteful and abusive she can be.

He felt he was getting to know her better, which is what he wanted to see before making a decision to put his dick in her or not. Knowing what he’s getting caught up in. The honour between people respective of this, the respect between people honouring it, is a signifier of how one conducts ones affairs in life in general.

She told him never to bother her again.

He contemplated if they had fucked already, she would likely have used it as leverage, alleging he had manipulated her into sleeping with him while she was drunk, using that as evidence he is abusive to women.

He regarded the narrow escape he has had by being self-disciplined although it had cost him a fuck and a friendship.

People who are worth fucking and being friends with do not behave the way she had behaved toward him, self-centred and manipulative, angry and controlled by her base emotions of lust and aggression.

He cut his losses, drowning any emotional entanglement in the bottle of her favourite wine which he had bought to share with her next time they were alone together.

“They’re both lying.” Says WPC to PC in front of the suspect.

“I’m not lying!” Says the suspect. “I told you exactly what happened.”

“Truth is subjective in these cases.” Explains the PC. “If you make any more comments which disagree with our methods and interfere with our work we note that to have a problem with authority.”

“Its called mouthing off. We don’t like it.” Says WPC.

The suspect sits back in the interview room seat, aware the police are so confident in their abusive behaviour toward him despite the interview being recorded to tape, is because they know they will get away with it.

“You arrested me and I’m working with you to give a statement of what happened. I’ve told the truth. She is angry with me and has lied to you to cause me problems, probably because she’s not entirely sane. A sane person would not lie to the police to cause problems for a guy she was dating.”

“She says you intimidated her on the telephone.”

“Check the phone logs. Neither of us called the other. We spoke by text only which proves she is playing mind games and angry. That’s quite clearly the case.”

“Is it possible I can counter-sue her for making false allegations against me? After the harassment of being wrongfully arrested?”

“It’s possible she is telling the truth. You should be feeling lucky there is insufficient evidence to press charges against you. You’re the suspect here.”

“That would be a different case.” PC adds.

“I would like to report a case of harassment against me and manipulation of the police I believe that is called perversion of justice.”

“We cannot take that statement as a part of this interview. My colleague has already explained to you it would be a different case.”

“Would you arrest her and interview her about it?”

“This is tit-for-tat. It’s a waste of our time. You would clearly be making a report as a spiteful act of vengeance against her. She is already upset by your actions. You would not get very far with it.”

“Despite there actually being evidence to support my case?”

Both the police officers leave the interview room. Suspect counts to one hundred and thirty. PC opens the door. “You’re free to go.”

“I live fifteen miles from here, it’s a train ride away, I have no money with me, I will have to walk and it is raining. Can you arrange me a lift as close to my home as possible?”

“We are under no obligation to provide for you transport. Be thankful we are not putting you back in a cell.”

“I was in there for three hours.”

“We have been very busy today.”

“The other cells are all empty, they have been empty since I got here.”

“I advise you to stay away from the woman and not contact her again.”

“I intend to avoid her like the plague officer.”

Two items are linked below for direct comparison. 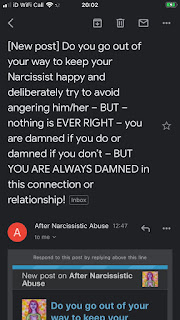 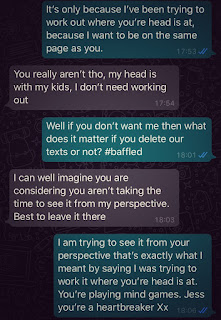 Next Chapter >
Posted by snakeappletree at 09:26