It should be mentioned first that Selene gave birth to a black queen and two toms, who opened their indigo blue eyes today. This blog follows on from river-of-instinct for the reason that my recent blog sets the stage for the events recalled here in this one. I was invited as band photographer for a gig by my friends, 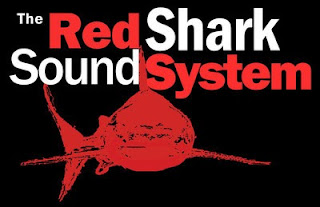 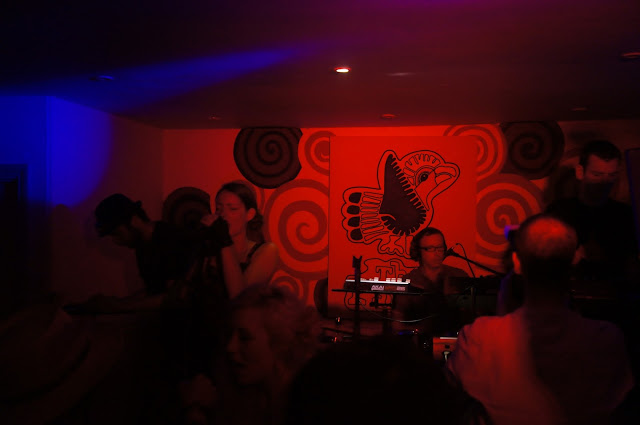 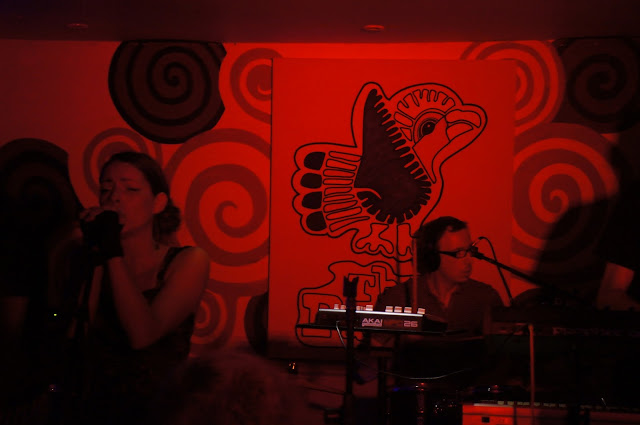 I tried to do my John Peel thing but got caught up between the roles of photographer,  audio archivist and dancer. Sadly I didn't check to see if the recorder was working properly and I still don't know how much it recorded because my life is too hectic to catch up with itself. So the disc has gone in the big box of unlabelled recordings until further notice. 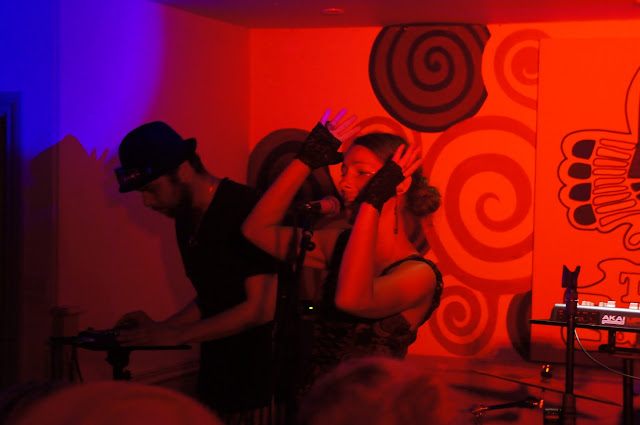 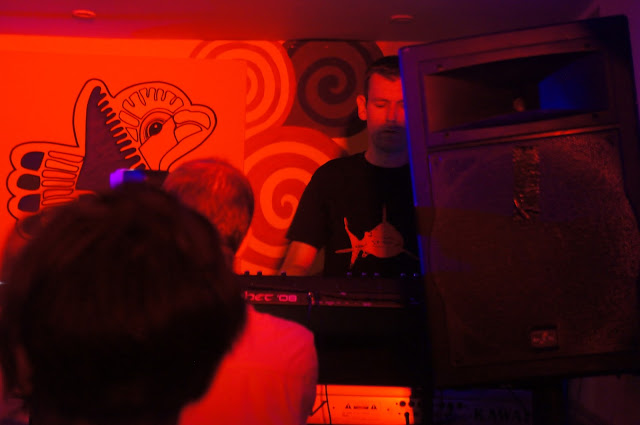 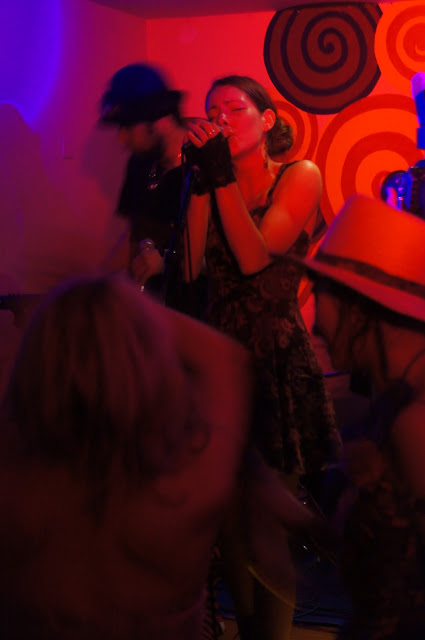 Mid-way through the set a very brave young hipster got upon stage and began singing along, tribal intonation chants. After an initial confusion and concern that the stage was being crashed, during which the band very professionally kept on playing without missing a beat, her impromputu act was a hit!

After the gig the band and I needed a place to stay and it turned out to be her place. By then I was exhausted and I fell asleep and missed the after-show 's after-show party, which was gatecrashed by some typical psycho's of the type Caermarthen town produces, chanting "pedophile pedophile rape rape" and doing dirty chemical drugs, getting attention by being as nasty as they can get away with and believing it to attract sex in their direction. Perhaps it does. It was the first party I have been to for nearly a decade and I was probably the oldest person there, watching people go through experiences I had already done by my twenties and experiences I don't ever want to go through. Reality check = sleep time!

On the altar of the living room table was a box which had the very same symbol I had seen before, from a drawing in the Fighting Fantasy book. It had come to my attention because Phoenix had been offered a life choice, of the sort to be found in the Temple of a Thousand Doors from the Never Ending Story; every room has two exit doors, each marked by a similar and related symbol, and you choose which one to go through. 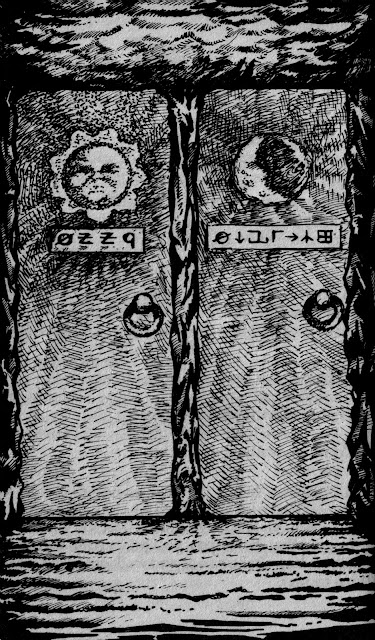 The rapper Ozzy had offered to import Phoenix to Turkey to be his  Turkish bride (see Sun door), and instead of this path which according to Ian Livingstone's Temple of Terror is the Path of Doom, she chose to stay here instead (see Moon door).

Unfortunately I did not got a photograph of the box with the Night symbol from the altar.

The table was a sheet of glass balanced upon a black stone lifesize bear cub, reminding me of a story from the Canadian indians of Wakim the bear cub who ran so fast up a mountain that he took off and flew up into the sky to become the little bear constellation.

The next day Phoenix arrived at my place with a book called Cat Spells. We're calling the black queen Midnight. 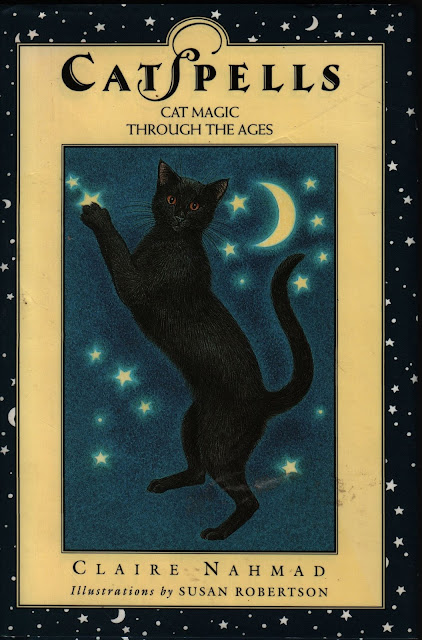 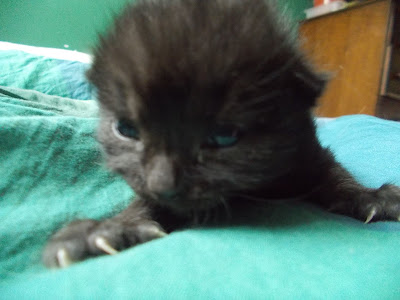