At the age of 41 I have been professionally diagnosed, finally, as being high functioning autistic.

What this means is that I can operate relatively well in normal society, mostly, except that I have communication difficulties. I’ve known that since childhood when my parents were on a completely different planet to me, it did not help that society ignores children generally.

So for my whole life, ever since I could read and write, I’ve studied writing as a form of communication. I am a published author, and I have have a website which verifiably has upwards of 500 people a week reading it.

That might not be famous but were those people to line up and shake my hand so I can say thank you to them, it would appear to be quite a lot of people. It is certainly more people than I socialize with on a regular basis.

I mention this not for ego purpose, but to illustrate how successful I have become in overcoming my communication problems from being autistic, by relying on the written word instead of speech.

In social situations I feel pressure from other people, because of their expectancies and prejudices. It affects how my brain functions, and my ability to put words together coherently, to be accurate.

Generally it is easier for me to nod my head and agree with their pre-conception, instead of having to explain to them because nine times in ten they’re not listening anyway. That’s not my bad, that’s their bad but I’m the one who gets ignored because of an assumed dominant narrative.

The availability of text in our digital culture makes it possible for me to have an internet-based social life where I can express myself far more accurately than in the pressure of social situations. And for me that’s what it’s like being autistic.

My typing speed is off the top of the scale. The problem I have is when during text message conversation, being a writer used to relying on words, I am likely to write more than a paragraph where the other conversationalist writes less than one sentence. It is misperceived as being a power imbalance. Simply because of word count, “outweighing” the other person.

A problem I have is that were people to talk conversationally the same way that most people use text, it would appear rude and abrasive. Monosyllabic responses, and short, curt sentences, are regarded as rude indeed aggressive when spoken.

So when I read this, I naturally regard it as a person being rude and hostile toward me. This, because it is different to how everybody else interprets text, is described as being a symptom of my autism.

The law in Britain has recently changed regarding harassment, in that a top heavy text message conversation is now regarded by the police to be a form of abuse.

Abruptly, it is no longer accepted that my intent is good and prolification is an aspect of high functioning autism. It is perceived that I am a problem simply because I am attempting to communicate effectively and intelligently. I have been dehumanized by an agenda of exploiting hatred. Dehumanization is prejudice by default.

I have encountered several people who have manipulated me by contacting the police because they sent me a few words and I sent them several paragraphs to fully answer their question, which obviously takes up more than 10 seconds of everyone’s time.

A lot of people incorrectly assess it as a sign that I am narcissistic and overbearing. I am not narcissistic and my intention is not to be overbearing. I describe things as succinctly as I possibly can. The law does not take into account that most people are being rude when they text each other because like cavemen they use only monosyllables.

So what can I do? Writing this statement is progressive in explaining what it is like having autism and the prejudices I face because of other people’s cognitive bias, which has developed from their lack of empathy toward suffers of autism. It is convenient for disfunctional, anger driven people who lack empathy to use it as leverage, to put blame on a person who is simply attempting to communicate well.

When determining what ‘appropriate levels’ are, in a fair world it should be factored into the equation that the intention of the person making the statement, is relevant in assessing appropriateness.

Otherwise we have a dynamic of the one person dominating what ‘appropriateness’ is, with zero compromise. The power imbalance in that situation is the opposite to blaming the wordsmith for harassment.

Thankfully, the court service do recognize that dynamic for what it is, even where police and manipulative haters do not. This has been proved by my own experiences.

As an autistic person, with communication difficulties, the biggest thing I wish to communicate to everybody else, is how vulnerable autistic people are to being manipulated by those non-empathetic people who gain a false sense of superiority and authority by painting the autist out to be a bad person. They get away with it because their victim has communication problems and is unable to express themselves properly in face-to-face situations.

I am sincerely attempting to remedy that situation by reducing word count. The resolution I have come to is simply this: some people write for money, some people get paid per word. As a general life rule, I now value my writing at 1p per word. Every time I send somebody a text, I imagine I am sending them free money. Because, I should be working on my novel instead of distracted by other people texting me. This simple life rule helps me to keep my word count down to a bare minimum.

And at this juncture, you probably want to be less distracted by the internet and instead return to whatever you should be doing instead. Thank you for investing some attention into Autism Awareness. 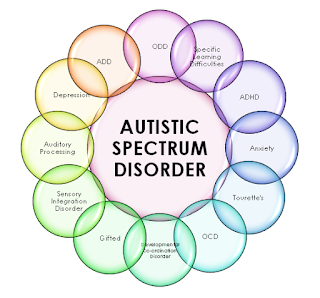