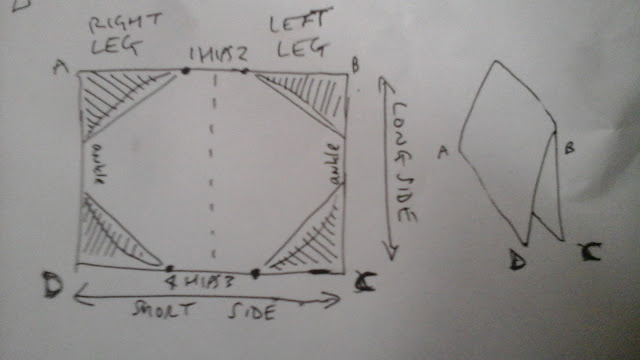 Remembering past discussions with Rachel "Dolphindark" Bree about future fashion, cyberpunk, post-cyberpunk ("ww3 will be fought with sticks and stones" mad max / salute of the juggers aesthetic. At one time she connived her way into being the official 'project: tRust franchise visual artist / fashion designer' which gave her access to the company computer. Six months later she had invested heavily into roleplaying her character Velcro on SecondLife VR and not so much into the fashion design, although when we took her upon it she inarguably made a lot of sense (she usually does) and showed us some concepts which we would love to develop as a clothing range, if ever given the budget to go into commercial production. Her sketchbook is worth its weight in imagination although she paid it split lip service with her evil blog. Meanwhile here is the inspiration splashpage for project: tRust on pinterest.

Today I finally had enough of uncomfortable chav tracksuit bottoms which I lounge around the house in and looked up some harem/yoga pants for men on the internet. They cost a fucking fortune for what they are. So: back to basics with an old sheet from a charity shop and determination, discovering that with 4 knots and the right folds you can make your own pirate style harem pants for two pounds fifty (two euro's / two dollars) approx. They are a perfect fit, feel great, sucks that they are cotton and polyester mix rather than 100% cotton though. No cutting and sewing necessary at all.

The whole point of fashion in tRust is that it expands on the use of cytex as a fabric for clothes. The stuff is plastic-pvc-rubber-tyre type material in a variety of densities and flexi-abilities. It is dissolvable which is why most tRust fashion is basically a skin-suit applied by spraying it onto your body, and removed by stepping through a decontamist (decontamination mist) portal, which is not too different from an x-ray machine at an air-port and doubles as a chemical-shower for killing off any unwanted bacteria you might happen to have picked up on your travels. Assuming fresh sprayon clothing is applied the same way in the next chamber.

Basically the purpose of having such a way of living is that it makes life much easier for everyone, the time and energy invested into the ergometric nightmare of putting on and taking off layers of clothes is liberated. So it stands to reason that for our culture where cytex is as yet univented and/or ridiculously expensive, far too much to make clothes from yet, we have to do the next best thing. Custom made harem/yoga pants tied at the hip and ankle from an old bedsheet is perfect. Except for the cheap synthetic mix and the colour not actually being black. Hey it's non-black it means disposable in case I had to chop into it with shears.

Ten minutes of figuring out how to fold it and a whole minute of tying knots. Next time will be quicker. Contemplating cutting off the corners where there is a lot of waste fabric, and sewing a strip of thread down the outside of each leg - or an insert from another fabric. Or doing that without cutting off the excess for a flash of colur beneath raggedy looking flappy bits. These are highly comfortable.

It is not everybodies aesthetic. As I was working a couple of neighbours happened to walk past and look in through the window through the holes one of the neighbours cats scragged in the netting when it got stuck in here and freaked out last week.*  They said "oh my god"  and "seen it all now" simply because I was wrapping a sheet around my waist with safety pins in my mouth. To these people my creative activities in pursuit of comfort is like an alien planet. They assume me to be gay and therefore to be laughed about and avoided. I repeat, I feel comfortable as fuck and this costume cost me less than half a litre of grog they are damaging their internal organs with in the local pub tonight.

Would I wear these outside the house? Not around here. The version 3 of these designs though, cut to specific shape and sewed properly on a machine, looking professional, black of course, dylon dyed from the remnants of thin canvas combat trousers I have in a bag ready to do something with, with pockets and buckles in all the right places, are going to be selling for a small fortune on etsy before fall. tRust official clothing line logo doubles the price you see, its all in that hand-made, designer logo and the fact I know what I'm doing - even without Dolphindarks help. She's still living it up off-grid somewhere in Europe. Neighbours can laugh as much as they like, it's not stopping me from cashing in on style which they can't afford.

Meanwhile here's some copyright promo art from the new 2017 re-release of Games Workshop Necromunda used without consent non-profit for educational purposes within international fair use policy. And something else anonymously cool I found on google. 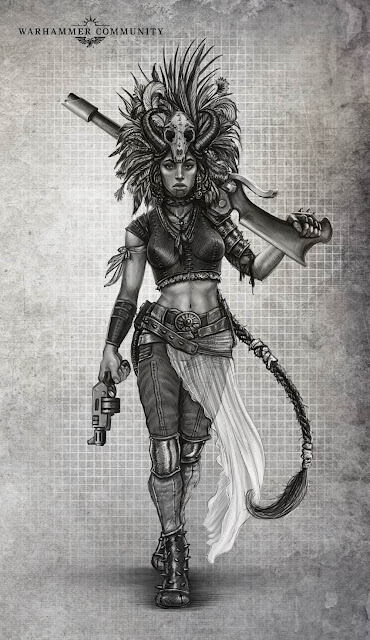 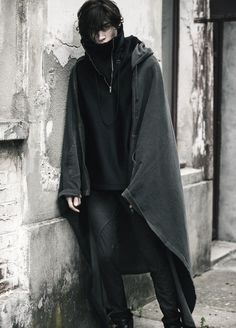 Incidentally found this during a google search: cytex on soundscape (nothing to do with Ordo Octopia) This is music how we like music.