My brother having sex with my girlfriends behind my back with our mothers encouragement was a lesson I had to go through many times.

Eventually I did the obvious thing, I ceased all contact with my mother and my brother and got on with my own life in another part of the world.

It did mean becoming a part of an entirely new social network of people which is not a bad thing although uprooting myself meant I became “the traveller moving into town” character in the minds of the locals, which was not an easy integration.

To understand the storyline in context requires beginning at the beginning. An appropriate place to begin with this story would be with Anaya Meadow.

Where were sent to the same school and got to know each other there. We all went through puberty together, the transition from being children to awareness of our selves as sexual beings, flooded with hormones taking us in directions we’d never imagined before.

I’ve never understood why she turned them all down because of being attracted to me. It was probably hormones. The same way baby duck will attach to the first creature it sees and believe it to be their mother. Anaya did that to me probably because I was not like the others.

I was the first person to reject her which shook her out of her child-like state and thrust her into a more mature mindset that she did not get everything by wanting it,  some things she would have to work at.

It was a test but it was also taking the development of a child’s soul into my hands as a parental figure, which a good boyfriend and a good man does for the people around them. It’s an alpha trait and I proved it.

Anaya was taken aback, unsure how serious I was about rejecting her and unsure how serious she was about wanting me. She levelled up and rose to the challenge. She made a decision that yes, she definitely did want me, she was not going to let me reject her like that. She forgave me.

So we hooked up. I was the first person she kissed. We kissed a lot. Every time we saw each other. We cuddled. It never developed further sexually because we were very young and neither of us had been in a relationship before.

It lasted through school until my brother got wind of what was happening. He wanted her. She knew he was my kid brother. I do not fully know to this day what happened between them at that stage.

He was the first person she had sex with. It would be easy to believe she did it to punish me because I had initially rejected her. I’m not self obsessed enough to be convinced of that.

I did not find about it until afterwards, because she hid it from me although I knew at once her behaviour with me had changed. We still kissed and cuddled for a short while until she confessed.

She told me it was a mistake and she wished she had lost her virginity to me. She was curious and he had been persuasive and it just happened. Hormones seizing control. My brother full well knew what he was doing, that she and I had been in a relationship for some time.

That moment I made my decision. Actually, Anaya had already made the decision by her actions. She had decided to set the brothers up against each other to see who won, and by all accounts my brother was winning. That is the reptilian context.

I chose not to see the situation in that way. Was not entirely convinced that Anaya knew what she was doing by playing the game of brother verses brother over a woman. My not knowing for sure; that’s how she was playing me. When I recognised it, that’s how I knew for sure.

I walked away. I ended our relationship by completely dismissing and ignoring her from then onwards forever, and let him have her.

She broke my heart. My course of action broke my heart. I possibly broke her heart too and she found comfort in my brothers bed. They made an assumption that I didn’t care about her and therefore I was a bastard. My brother made sure that it was known how much of a bastard I’d been to her and how lucky she was that he cared enough to take her on and look after her while she was distraught. She enabled that version because it took the steam off of her adulterous role in the story. They both saved face by blaming it on me. Let them get on with it.

As I said, I had moved on. I rarely looked back mostly because it hurt to do so. But I also realised much as I had loved her, it was not deep enough love for us to deserve each other. She had been infatuated and in figuring that out I had become to too. Had it been love, she would not have betrayed me and I would not have rejected her twice, once to strengthen her desire and once to get her off my back entirely.

I could see alternate possibilities emerging which is why I made the choice I did.

Else she would eventually become bored of us both and go in a totally different direction with some other guy, leaving both of us to wallow together in the loss of her. Perhaps that was her attempt to bind us and bring us closer.

We did not. Such shared understanding, of having and being similar to each other, an affinity brought about through respecting the girls methods of unifying brothers in mutual respect and recognition, never developed. The rift between us never healed. I wasn’t gambling on the only positivity I could see emerging from that game.

I sidestepped all of it, met someone else outside of my brothers circle, outside of Anaya’s circle. The roots of a traveller mentality developing.

Multiply the age we were at that time by two. I returned from my travels and many adventures to visit the old family home. It happened not only that my brother was visiting the place on same day but also Anaya was visiting him there after their not having seen each other in nearly a decade. I had not seen her in long over a decade.

At that time she had not settled but she did have a steady job and an expensive bright red sports car.

I had been studying with crystals and was able to place one in her hands as she sat at the family table. My brother was angry with my presence because he still saw me as a threat regarding his friendship with Anaya. He watched bitterly as her and my eyes connected.

A lot of unspoken emotion and mind-work passed between us. There was a shared recognition of a need from the core of our hearts to heal the wound we had inflicted on each other, which clearly would not be possible to discuss at all with my brother there. We both looked away from each others eyes and faced an uncomfortable, rising tension.

I took a deep breath and decided to relieve the tension by use of distraction. I placed a large chunk of quartz into her hands which I had acquired that morning. Explained it’s a healing tool, the path I had been on recently. Seemed a safe way to transmit a lot of positivity into the scene.

Anaya was surprised. She said “oh”, held the quartz shard and looked at it. I made excuses and left. Later I returned to find it on the table, she could have taken it with her but had decided not to. Probably she was unsure the social etiquette involved. I wouldn’t have minded at all had she kept it.

After ending my relationship with my first love Anaya, I discovered it to have been only puppy love. I did not fully trust her through fault of her own infidelity. Not long after it I met my first deep love, who my mother interjected and split us up.

Five years passed in which time a lot happened and I gained enough experience to know what I was doing a considerably more. I was living outside the range of my brother and mother to control my relationships.

Talia is a clone of Anaya.

I had been given a second chance by the universe. I wasted no time.

She agreed to meet me, she invited me back to her place and in the back of her flatmates van I reached out and held her hand. I knew she was involved with at least one other guy, did not let that put me off claiming her as my own.

As if in slow motion to make sure she was okay with it, I pushed her to the floor and took her. She let me, she wanted me to.

We were together for five years during which time she explained to me the reason she knew so deeply that I wanted her was because I had taken her.

It had gone deep into her psychology, into her emotional stability, to trust me because I had showed her I would break all social restrictions to claim her as my own. She absolutely loved me for it.

The trust between us grew and as it grew our sex life got better than either of us had ever imagined.

Eventually my brother had sex with her and my mother found a way to split us up and destroy our friendship. Neither of us recovered from it for a very long time. At the age we had met, doubled, is how long it took for us to detach from the pain, to fully heal and move on.

We measured it by the stars, the astrology marked that path of healing although we had not foreseen the dreadful destruction of intervention.

Among the last times I spoke with Talia, she was self-employed, her business was thriving, she had bought herself an expensive bright red sports car. 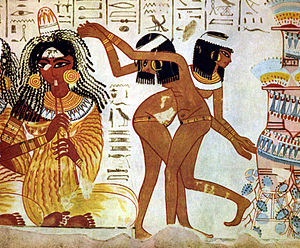