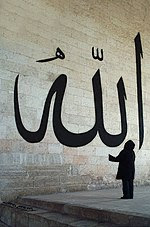 So much suffering in this world.

From people choosing the wrong paths for them and it affecting others.

It’s not always people’s own fault because we’re not responsible for everything and everyone; we all buffer against each other and overlap and affect each other.

Understanding our pains is part of the healing process and accepting “it is what it is” helps to stabilise us in relation to any situation.

It’s what Buddhists are talking about with “desire leads to suffering” and Islam is talking about with “accepting the world as it is, now” to plug into the harmony, it’s why they say “Allah Akbar” translates to “god is good” which sounds like religious zombie programming to those who don’t get it. What is meant by it is “I accept the harmony” It’s a ritual to get there and a statement of being there.

That’s the core of Islam and it’s the core of Buddhism. Probably early Christianity too, they use the word “Amen” from Egyptian it’s the same as Ohm, Aum, the chant which connects us to the harmony of the galaxy. Scientists measured it at 13 cycles per second.

Growing up in Britain in a culture where there is so much anger and hatred toward religion by people who can’t see the intended purpose of why formal schools teach how to attain inner peace.

Churches of manipulative sociopaths believing themselves superior because they wear a crucifix without themselves understanding the purpose of the religion.

The anger gets targeted toward whatever social issues of the day, permitting and enabling anger instead of focus on letting it go. The same with manipulation, self-deception and a culture of reinforced delusion.

I see this in people every day and in myself sometimes too.

It’s resonance though, vibration of people around us and we absorb that if we’re not careful. Again, anger aimed at sensitive empathic people who are trying to explain what it’s like being an energy being in a world of shifting energies...