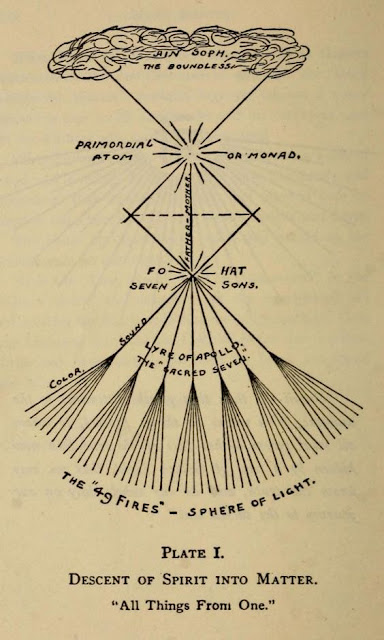 At this time in accordance with Gregorian calendar system, the motifs

There is a cosmic relationship between Saturn and Jupiter.

NB traditionally within this system, Saturn is symbolized by 5. We are making a specification here for a precise purpose. It is important to be aware of this. To understand Why we do this, we must first understand the associated concepts.

The two planets are circling one another as yin-yang, a distillation machine. Their symbols refer to this (most of the zodiac symbols do). The cognitive switch from Astro-glyph to Numeric-glyph requires a small amount of leeway to comprehend this process. There is also the 'looking back through time' and 'looking to the future' aspects which enable the symbols not only to be overlaid but also exchanged for some purposes.

What happens Now is both the magnitude of events in their simplest form which, acts now will resonate, develop, repeat and empower through the future. Also, events Now are the culmination-consequence of Past minimalizing into a singularity purity. It is the final stage before the grids of old blow out into the 4th refraction*, that diaspora where they case to hold form and become into the void. 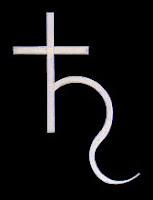 Saturn is associated with Time and the arrangement of matter (mass) therefore Events gridded in time. For our purposes, it's colour is BLACK. 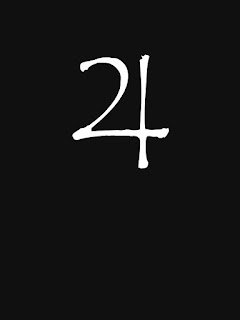 Jupiter is associated with Grandeur, Confidence and Joviality, with Magnitude, Expression and Radiance. For our purposes, its colour is GOLD.

Not only do their zodiac symbols combine to form a Sigil, also the concepts associated with those Gas Giant heavenly bodies (whose mass is so light that these two 'planets' would float if placed into a large enough body of water) also combine to form a third concept.

The FLOW is the CORE which is a Yin liquid flexibility. It is the Nexus and it becomes the new consensus grid format. The old grid, assertive solid Yang, is shed like a serpent casting off its skin, falls into obsolescence.

This is an important gate. The planets Saturn and Jupiter are approaching a position in Astrology called Squaring; they are Squared to each other. This is significant. The current astrology is explained superbly by Kaypasha in his Pele Report, who uses the masonic core book of Astrology, HERE. We are at the time where the form of the new Yan which is the old Yin can be observed in its minimalist purity as a singular form, which over the forthcoming era will manifest through many different complexities, variations, versions.

We are using the motif 7 to represent this Yin flow rather than 5 because the 5 represents the solidity of the old Yang. These aspects of Jupiters great emanation through Saturnalian Time are significant. 7 is the motion while 5 is the stability. 7 is the purified singularity resulting from compression by experience of the old cycle Yang 5 acting upon it.

7 is the Key which unlocks these secrets of energy set in form (mass) over time.
6 would be the motion of the turning. This is not the same thing as the motion of the progressive energy flowing through that gate system.

In attempt to explain this relationship between Black and Gold / Saturn and Jove, I created a device where Black and Gold are gridded by dividing each component into two components, Gridded (Stable) and Motion (Unstable). One effects the other in different combinations. 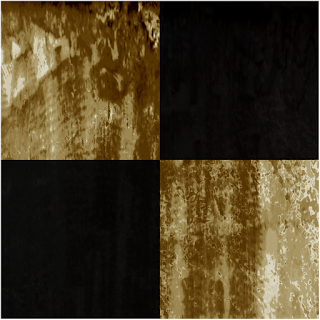 The use of this motif in popular culture is found in my blog Decker and Deckard.

As an aside, I need also to put here this associated and interesting website about
Zodiac symbols for Planetary Moons

In Islam it is described that a Generation is not understood in terms of biological regenerations but rather in energetic proximity of understanding and closeness with Source. The first three generations are a process of social customization for purposes of practicality. The 4th generation are not recognized as being connected with the Source, it is outside of its boundaries because it has mutated too much to be of any recognition. It is polluted.

An individual born a thousand years after the time of the prophet may still be of the first, second or third generation if s/he is energetically and perceptually connected with that Source of divinity. This is the original intended meaning of the term 'generation' as in 'authenticity.'

It is quite different from '80s generation were all into cyberpunk but by the 2010s a few generations later the genre had changed significantly due to most of its components no longer being fiction but readily available.'