Genesis is a Welsh Assembly backed organisation for funding people into college who otherwise would not be able to.
Elonwy: "we cannot pay for a full CBR check until you have paid for a basic CBR check."
Joe: "I require a full CBR check to be allowed on the course, why waste time and money on a light CBR test first? It is pointless." Elonwy: "I will not back down."Estelle: "yes I agree that does make sense about not requiring a light CBR check but you have missed the deadline now anyway because you didn't sort this out before now."Joe: "I tried to; I complained 2 months ago about Elonwy playing games and your response was to ignore it."Estelle: "I remember, that is why I am helping you now. I hoped it would resolve itself." Joe: "I am still waiting for the light CBR check from the police. I have missed the deadline now."Estelle: "I'll send Ella to see you."

Ella: "what have the college said?"Joe: "the college CBR check woman said they can't accept anybody on the course until they do a CBR check although the course tutor says last year they had a few who did late CBR checks and some of them were allowed on the course even though they have something on their CBR. One girl applied twice for CBR checks and nothing ever came back either time, they still had her on the course too. Netmums.com is the best resource on the internet for any info about this and it appears that it is discretionary. The notion of 'pass or fail' a CBR check is a gray area -discretionary- unless there's something really nasty shows up." Ella: "we're in a catch 22 then because we can't pay for a CBR check until the college accept you on the course. Also we need to do a separate CBR check for every different place that you have work placement in which is expensive." Joe: "if that is true then it applies to everyone and nobody would be able to do the course and the course would be shut down for lack of numbers since half of the people in there are receiving genesis funding without this problem. By strange coincidence all of them are female." Ella: "why do you even want to be on the course?" Joe: "staff at the family center pointed out that I have a natural aptitude with kids. I've done the level 1 training, Webster-Stratton and handling kids behaviour programs and the tutors said the same, that I'm good with kids. They encouraged me to take it further, at one time there was talk of offering me work if I get the qualification. Half the kids in the family center run over to see me, some of the little ones call me daddy because they accept me as 'a' daddy; which is proof that the kids trust me. Its awesome but it makes a few of the mams jealous. I'm glad of this being in a public setting it where this has been observed. One woman has been telling her son that I'm his daddy she means biological and I've had to put a stop to that, its confusing for him and for my own son." THIS IS WHAT HAPPENS TO MEN WHO TRY TO DO CHILDCARE THROUGH THE SYSTEM. STATE CHILD PSYCHOLOGISTS SAY CHILDREN REQUIRE BOTH MALE AND FEMALE ROLE MODELS TO THRIVE. MANY SOCIAL PROBLEMS RESULT FROM MONO-GENDER PARENTING. WALES IS FAMOUS FOR SINGLE-PARENT MOTHERS. SOLICITORS HAVE TOLD ME THE FAMILY COURTS ARE OVER-RUN BY (IT) A SIGN THAT UK CULTURE IS DRASTICALLY AND RAPIDLY CHANGING. 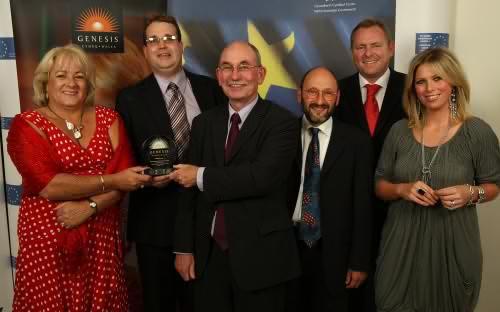 Genesis is a Welsh Assembly backed organisation for funding people into college who otherwise would not be able to. first published on facebook 14.10.2012 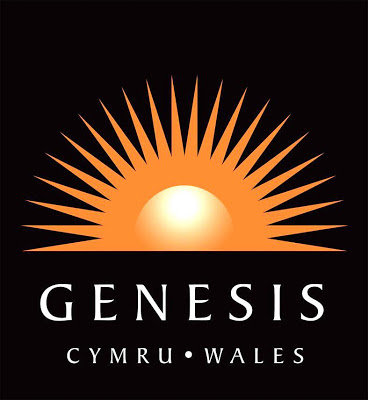 EYE OF SAURON LOGO Dialogue 1 8.11.2012 I put in a formal complaint about my Genesis officer, and her boss just rang to tell me they're fast-tracking me through the system, getting me work placement and fudging paperwork to cover missed deadlines. Wow! The boss was nice she remembered I'd complained before so she took me seriously this time. I feel guilty for pressuring them. I mentioned neo-fem prejudice against males in my complaint and they've crapped themselves. It depends what my crb check says and if they play hardball back at me about it, since it is discretionary. Next issue is childcare for my son on the days I have him unless I can sort it with his mam somehow to alter our rosta. 11.11.2012 Had a meeting with Genesis today and the bottom line is No, for er any excuse we can find and when that doesn't work its the other excuse. They're going to pay my petrol to send me to carmarthen to do art therapy instead and say they'll fund me to do childcare next year. If a group of men did this to a woman there would be an inquest. This is neo-feminism LOUD AND CLEAR men do NOT do childcare. The fact that there are equally as many women who are abusive as there are men is ignored because women are dominant, superior and in control. It is a big social problem because when men act like women act, they go to jail. I have to teach my son to survive in the world he lives in which means being honest about the world we live in. What happens in my experience is that the Brotherhood identifies the ringleader of the bitch pack and leaves her dying gratuitously as a warning to the rest of them; my ex's other ex is doing time for exactly that, it is how close I am to the male response to neo-fem manipulation in wales where I live. Nobody wants that world, nobody. At least I have an art project theme for my art therapy course now. Highly executed art is preserved and promoted as social commentary for many generations especially when it creates powerful emotional response. Dialogue 2 11.11.2012 I had a meeting with genesis today, they are going to fund me to get involved with an art group in carmarthen for this year and then do the childcare course next year. Its really difficult for men to get into childcare. Its proved that women are equally as abusive as men but because women are controlling the industry they put men through hell. We now live in a society where mens lib is necessary. Do you know the words mysandry or misogyny? Anyway... Possibly I won't be coming into the lessons again this year. Well if men treated a woman this way there'd be an inquest. I know that if I go to the Welsh Assembly causing trouble for what is otherwise a really good entity in society, I'd end up sidelined and discredited so I have to play their game. There's a reason for everything even if we don't know what it is at the time. Dialogue 3 8.11.2012 I'm back on the childcare course (again) this week at least. The abuser-disguised-as-inept-or-possibly-so-inept-it-appears-as-abusive woman is off my back :)smile 11.11.2012 In class yesterday, teacher discussing Trust with regard to confidentiality. The syllabus says; "you trust an authority figure for example a doctor because of their profession." I spoke up; "I disagree! You trust because of intuition. Someone doing a job does not automatically qualify trust!' I am having such trouble from the system because I am a man doing childcare. Extra red tape to put me off and delay until the deadline is gone. So there in a room full of women being indoctrinated to act without thinking and to reinforce the system over common sense -it is a male who raises the point that trust is instinct, it is not a given. Class then woke up and talked about malpractise, networks of abuse inherent in the system eg: google holly graig, the difference between what the tv says about julian assange/wikileaks to what free media says about it, etc. All the feminist material that women are intuitive and men are logical has just been proved to be a load of shit. So there is a reason I am in the class, even if the women running the show don't want me to be there! The teacher herself is lovely she's a common sense supporter too. Meeting with genesis; they are going to fund me to get involved with "arts for wellbeing" starting January instead so I have a better foundation in art therapy before they start me again on the childcare program next year. This comes after 6 months of asking, why do I need to pay myself to do a light crb check when Genesis pay for a full crb mandatory to do childcare? Doing a light crb check is pointless and nobody else on the course (all women) had to do a light crb check first. Why am I so special? I complained about my contact to her boss and her boss response was to ignore the complaint. Now I have missed the deadlines for this year, however the boss did finally admit that asking me to do a light crb check was pointless and she can see my point. I still have not received crb check results because now there is no need for them to be made, thus saving genesis 40quid.
Posted by snakeappletree at 04:59