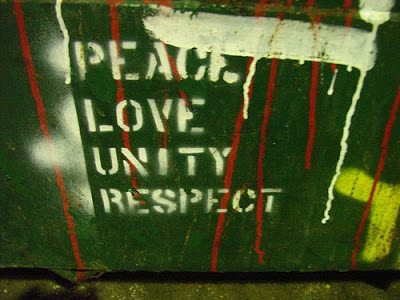 The next generation will sort it out. Technology, sociology, end of pollution, end of corruption. Chinese Year of the Dragon born babies will rip apart the DOMINATION!!! And liberate us all. The world is going to take a quantum leap toward PEACE, UNITY, EDEN: NOW but, not for thirty or forty years. The astrology between NOW and 20 years from now, is the same as it was during the 60s & 70s LIBERTY ... REVOLUTION – except without the restrictive elements. Global Human civilization is now on the brink of really truly sorting itself out properly. Most of us cannot imagine what this means. A part of what this means is that everybody who is above the age of fifty now, is unlikely to live to see it. That is why they are such grumpy bastards, and that is why they are actively destroying the lives of their children and grandchildrens generations everywhere they can get away with it. There are very few, very loving exceptions. The best advice I can give the young is to ignore the elder generations cynicism and negativity. Avoid their control games. Do it YOUR way, and listen to your heart. A part of what this means is that the integration of secret advanced technologies is about to explode into public availability. I remember in Glastonbury Festival 1997 or thereabouts, we were laughing at the 1 in 500 people with a mobile phone, because he couldn’t get the batteries recharged. My tarot teacher said; “you wait, next year everyone will have mobile phones.” In Glastonbury 1998 or thereabouts, everyone did and there were cellphone charging posts even in the festival of mud of that year when Nature reminded us to listen to her. We are on the brink of just exactly such a revolution in human culture and perceptions. It is evolutionary. The reason the west has got a financial crisis is because the American military secret black box technological development groups have hit an evolution curve. It means that they have already built technology that most of us are unable to believe is real. We already have teleporters, time travel, faster-than-light-spacecraft. Some humans born on earth are using these already. The next thirty years will see these and other similar technologies enter mainstream culture. The whistleblowers releasing this information claim that at least 50% of such “technology” is spiritual rather than electronic in its nature. Human inability to deal with advanced technology is directly equated to our inability to deal with advanced spirituality. Psychic machines can only be operated by psychic humans. Mundane humans (“muggles”) cannot appreciate the scope of this until they open their hearts and their minds to embrace that we are ants in an ant hive and at the same time, we are God/Goddess incarnate on earth. Treat each other this way. Get training. Evolve. Because what is about to slap us in the face, what is around the corner from Now, is literally beyond your dreams. If you cannot imagine and accept this; it will not happen. The physics governing experiential Manifestation are a part of the process. first published on facebook 18.4.2012
Posted by snakeappletree at 13:27