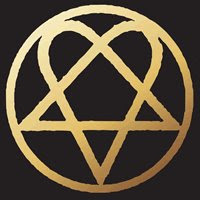 Human Individual Metamorphosis (HIM) I only just got this association tonight lol maybe I should start listening to their music now... I found the term while researching the Heavens Gate Cult, the Haleybop comet suicide spaceship group. ... They believed "to be eligible for membership in the Next Level, humans would have to shed every attachment to the planet." This meant that all members had to give up all human-like characteristics such as their family, friends, sexuality, individuality, jobs, money and possessions. compare: "Remember, only that which you can take with you when you leave the body is important. That means, except meditation, nothing is important. Except awareness, nothing is important, because only awareness cannot be taken away by death. Everything else will be snatched away, because everything else comes from without. Only awareness wells up within. That cannot be taken away. And the shadows of awareness - compassion, love - they cannot be taken away. They are intrinsic parts of awareness. You will be taking with you only whatsoever awareness you have attained. That is your only real wealth." Osho Cynthia Badilam "doesnt H.I.M. stands for "his infernal majesty" ?" Jonathon Lee Cortez "osho only condones suicide of the ego... not actual suicide.. i remember listening to one of his talks and he directly said "it takes only a little courage to commit literal suicide but the most courage to live".. he also has said, "i want you to live life fully, so fully that there is no desire for anything"... and not only that but, "those who have attachments cannot live in the now, they will cling to ideas that may no longer be useful to the moment, cling to objects, cling to an image of self and try to perpetuate it.. it is like using an ox and cart when there is an airplane ready for you to fly"... the idea is that physical death will come to use all.. so it is to be understood that one can use many things here but not to be attached to them as to hold value to it more than function because you will leave it behind at death... and clinging to ideas creates fanatics... the heavens gate cult people were fanatics of an idea.. they themselves had an attachment to an idea of their future which has nothing to do with meditation or living in the now... "meditation is of the same root as medication.. it is medicine for those who are metaphysically ill" clinging to the ego and mere ideas can lead you to over look something that might be different today from yesterday but you may be looking at the thing of today with yesterdays eyes.. that is a game of the ego... ego is like dust on a mirror(a collective of useless bullshit because you only need the mirror to be a mirror)...meditation is the way to clean the mirror if you understand that it is only a way to get back to true being if you are one of those people who is used by the mind instead of the one who uses the mind... now with that said to anyone who may read this.. are you a hard-drive or a user of a hard-drive? ego is an image on a hard-drive like a program... without the program the hard-drive is empty... so are you a programmer with ability to write and re-write with awareness or do you identify with being a piece of coding or image/idea/facade?" "The objective of writing those books was given by don Juan. He asserted that even if one is not a writer one still can write, but writing is transformed from a literary action into a shamanistic action. What decides the subject and the development of a book is not the mind of the writer but rather a force that the shamans consider the basis of the universe, and which they call intent. It is intent which decides a shaman's production, whether it be literary or of any other kind. According to don Juan, a practitioner of shamanism has the duty and the obligation of saturating himself with all the information available. The work of shamans is to inform themselves thoroughly about everything that could possibly be related to their topic of interest. The shamanistic act consists of abandoning all interest in directing the course the information takes. Don Juan used to say, "The one who arranges the ideas that spring from such a well of information is not the shaman, it is intent. The shaman is simply an impeccable conduit." For don Juan writing was a shamanistic challenge, not a literary task." Carlos Casteneda Jonathon Lee Cortez "is "saturating himself with all the information available." not by obligation but because i enjoy it" http://www.amiright.com/names/origins/h.shtml Zaiga Grave "no... it stands for His Infernal Majesty... HIM is my favourite band... n the pic is a heartagram.. it was designed on Ville Valo's birthday..." Hidden In Multilevel Has Interchangeable Meanings Hridaya Isa Mula sanskrit glossary: http://www.selfdiscoveryportal.com/cmSanskrit.htm "What decides the subject and the development of a book is not the mind of the writer but rather a force that the shamans consider the basis of the universe, and which they call intent." Don Carlos What I am getting at here is not to antagonize a rock band's fans into arguing about what people were told the name means; rather to explore perceptual psychology using the symbolism that is our frame of reference (an operating system) for super-imposing senses of orders onto the external environment. And, the nature of Intent. These are two aspect of perception-awareness. The one; projecting belief system grids based on internal referencing models; the other, functions better once free of such grids; both rely on the minds ability to make associations.