Symbolized by the horizontal (horizon) line in the Ankh, Tau Cross and Christian Cross.

When we Speak (5th Chakra, Blue) our Heart (4th chakra, green) we develop our 8th chakra.

It is a balance, in two parts; half at each side left and right of the chest / shoulder. Paired, because it is balancing, multi-dimensionally. I would colour it cyan (blue-green). Once having opened it, we can access the higher (stratospheric) chakra's.

A 20th century christian expression to remember how to 'cross oneself': "spectacles, testicles, wallet and watch" indicates approximately where the 8th chakra halves are:

When you are flowing with love, having developed this blue-green chakra, you can feel it as a gentle pressure in top of your chest. It is a place where the kundalini energy flows in balance during its circuit flow. It requires, to develop it, actualizing it; living as a practice the act of 'speaking your love.’ Speaking in this sense means Sey as much as Say; the manifestation of the world by speaking it (sey), rather than naming the world after the event (say). This relates to the Tyet symbol (two people mutually Loving creates an energy field many times more powerful than one person alone flowing with Love).

Then; when we see the Egyptian spirit-bird holding the top part of the Ankh cross, the Ba part of it rather than the vertical line Ka (life journey) part of it; we understand what the 8th chakra is. A cut-off point, a dividing line. When we again that higher consciousness, of 8th chakra and beyond; we become soul rather than ego, we observe through higher self rather than controlled by and observe through grid of earthly desire. It is a gradual transition but you know when you are there; and when you are not there. 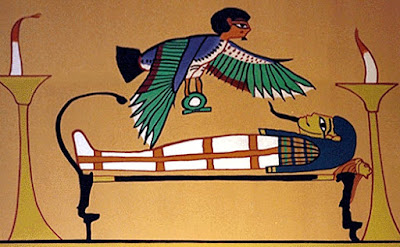 It takes decades. People get infuriated with me that I discovered this during my mid 20s because most people who become aware of it in the society I am living in, do not discover it at all and if/when they do, they are at least fifty.

I did some further research into this.

The 8th Chakra is called the Brachial chakra. Animals have them by default; humans have to develop them with conscious effort. The Christian religion with its focus on Love is designed to encourage that state of consciousness called Christed consciousness. It is an individual based religion hence its focus on a figurehead as example of what we all may become. The Islamic religion is designed for communities to cohabit peacefully, hence its use of different prophets but specifically one who teaches about communal living in a medieval desert climate. Neither of these religions are specifically accurate for the 21st century so we can take the best of their teachings and move on.


Please also read my blog about Afterlife-Light as it relates to this blog. 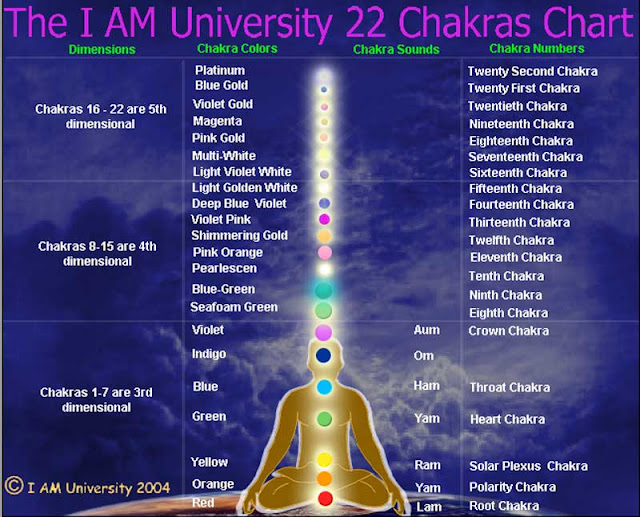