It is Devotion. We can also use the word Devout. For which an accusation about dogmatic and rigid belief. He explained that divergence from the actual teaching is corruption and that is when extremism forms. I respect his devotion to his beliefs. He is so eager to teach me about it and I am lucky to be learning from him about his religion which is his culture. It is so important to him, to his lifestyle, he has done the haji pilgrimage to Mecca. The dedication to this system of knowledge. He also spoke of cultural integration and learning from other people. He shared with me and I shared with him some of the insight I have into it.

I would like to speak with him about the sexism issues involved in the intercultural exchange. We spoke of finances and how western civilisation is in decline because of Usury - he raised this topic it is something Islamic people, Moslems are very aware of because it is against Gods Law to charge interest. He is trying to help westerners to stabilise our economy by teaching us of this. I happen to already be into this, I  already know about it but then as we both agree I am not a typical westerner.
Sharing that understanding. I am also aware of fundamentalism and how long it takes to integrate, how long it takes to accept a different perspective. A convert does not happen overnight that leads to extremism because of the mindset involved. A convert requires time to do it gently. I do not intend either to be converted or to convert him but open discussion within our generation is a really truly good thing as islam is accepted in Britain, it is important for the moslem population to feel safe in the nation they were born in, he was born here he is second or third generation british citizen of moslem faith. He was surprised I am Pagan and believe in reincarnation rather than Christian because the general mindset of both nations is still very much islam vs christianity which is different to the actual reality. Overcoming preconceptions by open discussion is necessary. It takes generations to fully integrate and everyone decide to take the best parts of all cultures and form a strong community instead of segregation into different groups of different hard lines entrenched as barriers between people.

I feel for british moslems who are feeling persecuted because of britains war against isis - he does not like isis either and he sees the same evidence as i do, that british government are funding isis and stirring it all up against moslems. So putting a lot of time into this discussion is very crucial to the changing society we both live in. Islam means peace. We discussed that for thousands of years, gods messengers come and teach Peace to remind us not to go to war. He is devout in that he knows and told me, there have been 142 thousand prophets of God according to his school, of whom moses and christ and mohammed are only a few - and they all taught peace. I did not mention that I also add ghandi and lennon to the same list.

I told him that the symbols on the KaBa are egyptian and mean ‘this is the starting place, the seed from which our journey grows and the world is founded’.

And then he sold me fibre optic broadband in a deal which is costing me the same now as what my normal broadband was opting me for the last few months.

He told me to relax and trust to God because God knows what he is doing and although it might seem that the western culture is in decline, it is gods will. He did not mean our bloodlines and white skinned people, he meant that we are being ripped off by a corrupt banking system and that God will end it, soon. All the prophets who spoke of events in the future, toward the end time, the change time, their prophecies are coming real in our generation. It will not be long, before ‘heaven on earth’ manifests. That might mean something different for all of us and i doubt that it means genocide of white people. It simply means a better living conditions for all of us. We will let go of fear and anger and hate, we will let go of exploitation. This is more likely as a reality and certainly more positive a focus than fearing change. The system we westerners rely on is shit anyway and as it falls into decline, we will find better ways of living. We will as a result be closer to heaven than we were yesterday living under debt slavery. I can see that the bombing of the banks and governments who are enforcing the slavery system by extremists might very well be gods tool in achieving it - i can see that this is the most likely way it can be achieved because we certainly are not shifting toward heaven by peaceful means, simply because of the debt slavery prevents that from happening. But who knows perhaps that will not be necessary, in Iceland in 2011 they did it peacefully because the police got their act together and arrested the criminal bankers and governors for anti-humanitarianism, they ended debt slavery there. Could that happen in britain too?

We look toward Corbyn who does seem to be making a lot of sense in the british political arena.
I am not afraid of Islam because all of the islamic people i have ever spoken with, while fundamentalist in heir devotion, are also open to learning from non-islamic people. I explained it that each culture is a part of a jigsaw puzzle and we cannot see the whole picture until we embrace them all equally, not only the one section which we grew up in and were educated about since birth but all of them. Moslems often do not reply to that but they do listen to it - which is to be taken as a mark of respect not as an insult.

I forget how advanced my own education has been compared with most white people and that education is why so many moslem immigrants want to come to britain in the first place. They are not the problem in society - usury is the problem in society because the exploitation of banks means war for profit. But their rule is ending. As it does, we will all have more affluence, all of us. Our education and our beliefs will not be restricted by acceptance of … lets translate this into english. Islam means Peace. If we speak the holy words ofIslam in the english tongue, we are talking about accepting Peace into our lives. Thats all there is to it really. The fear is because of using a foreign word to mean the same thing. The devotion of the holy pilgrims of Islam is not exclusive of western notions such as paganism and eastern notions such as reincarnation - my conversation with a friend today has proved that. He is a typical moslem trying to integrate peacefully into a nation during a time of inter-cultural stress because of psychotic extremists on both sides of a fictitious line.

With western education, eventually these normal moslems will be introduced to ideas such as detachment from mind and philosophies- he raised the topic of an intelligent designer creating machines, proving that an intelligent designer exists. I replied that we also have compassion which the technologists overlook, the proof of god is not in the development of mind and technology but in the development of compassion and empathy. Animals care for their young without needing to harness fire and electricity. To me, none of this proves there is a compassionate nor intelligent supreme deity and i question why religious people assume that it does. That is another nexus point which nobody is expected to answer today, it is rhetorical during the cultural melange, a part of the ongoing debate. It is an exciting time to be living.

I can recognise the devotion my friend has to his creed and i respect him for that as much as I respect his open mindedness toward wisdom from outside of that creed. I question my own devotions and to what and whom those are made. I believe we all should. That questioning and questioning of our assumptions is a major part of western civilisation. I feel defensive toward it as a human right, to be protected from all, be they indigenous state worker, foreign cultural influence, other. Questioning assumptions leads to cultural and technological progress, perhaps also empathic development. This seems as obvious to me as God made the world is obvious to my friend. 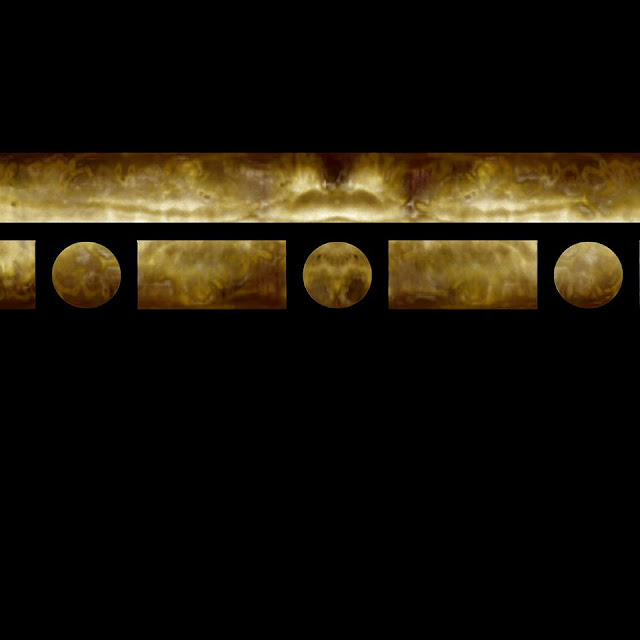 I will tell you what I learned about Fibre Optic cable today too - it's a better quality therefore faster wire  than the copper wires used in regular broadband. Where this wire is situated is in the green metal box in the street which is the phone lines for the whole street, it does everyones links. Its a circuit exchange full of wires. Sometime in the next couple of weeks an engineer hs to open it with the key and find the wire for my place and swap it with the fiber cable. Thats all it is. I was expecting the Borg to be coming into my house an doing a Gilliam's Brazil job with replacing the phone lines in here. Makes me wonder if religion itself, and psychology and compassionate empathy are not merely the same thing.