"I dreamed. I woke up Sunday (after Saturday 23.1.16) from meeting the Buddah. Gazing at a wonderful, oriental sunset and sitting alongside a wonderful woman who, we had traveled to this place. The hillside, white-greens basked in golden sun, pink hues in the skies, I have seen these colours from India, Cambodia and China, Buddhist energy spectrums.

And there was the Buddah, dressed in golden yellow robes, simply peacefully, blissfully happy. Radiant with it. And I was too, and my friend. I don’t know who she is in real life. Someone else whose heart radiates this same glowing golden energy. Buddha consciousness is the same as Christed consciousness. The dream taught me, I have got there to that stage. An awakening that came with no fanfare of trumpets, it seems even egotistical and unnecessary to write this paragraph. Simply a wonderful dream.

And then upon waking, I encountered a soul who I have known for many years. Spirits have often told me her name when our spectrums balanced, resonating together. I wish for her all of the things the Buddah promises us."

I researched Nina Valen and discovered her birthday is 23rd September, another Virgo. Last year 2015 was purportedly the Rapture as awaited by many devotee's, long prophecied to fall on her birthday. It was her in the dream and watching her videos on youtube, the colours of her living space (white-greens, gold, pinks) and her videos from the hillside, is too much of a coincidence to ignore. My dream occurred exactly 4 months to the day later as measured by the satanic gregorian calender the mark of which is stamped upon everything (2+4=6, 6+0=6, 6+0=6) - it is a timestamp, a grid system not harmonic to nature and the galactic alignment.

This following week I have maintained the golden-white heart energy and have been blessing people places and food with it, because the chi is pouring through me. All of my demons have fallen away. Several people are asking for my advice and help so I am compiling this blog because I am fed up of CBQ (copy block quote) the same information to send to all the people requesting it. This blog constitutes better time management.

Many of us learning to access higher dimensions with no training at this time in history, it does strange things to us. A lot of the storm has cleared now although the last few years have been rough.

I also have been through psychic attack ... Nothing much seemed to work.

This following it sounds very strange especially because I have always been against it, however I have to accept reality.

Did you know the biblical date for the Rapture is 23.9.2015 ? Everybody expected it would be a huge event, and conspiracy theories about the dark forces doing something bad that day.
Nothing much happened.

However on 23.1.16 exactly four months later, a quarter of a year, one season; I had a lucid dream where I was visited by a person, I recognized immediately as the Buddah and Christ and all the others who talk about the golden white heart energy. He was glowing with it and I felt this in my heart also. I have a friend whose birthday happens to be 23rd September and she was also in this dream waiting for him to arrive.

Ever since the dream i have had the same golden heart energy coming through me, not all of the time because I get distracted by life but every time I feel it is there. I do not believe in Christ as the religious people explain it, that is all nonsense but this thing is real. It is very yin energy but radiant, a contradiction because yin usually it is yielding and flowing, while yang is assertive.
This energy has totally stopped all of the psychic attack and negativity. I told my friend about it who was in the dream and I am telling you about it also but it is something that is personal in a way and i do not want to show off about it. Yesterday I bought some food and remembered to send the golden white heart energy into it and then the food was so much more energized to eat it than if it was simply only physical matter, it was alive and charged up with sustenance on a much deeper level.
I have been ill, with morgellons disease and that has cleared up now - the medication I was on for 6 months did nothing at all and now in the last week it has totally gone away, although I have also been drinking cups of baking powder every day and that is probably also to do with it. The pharmaceutical / psychology industries totally deny it even exists and have no cure for it.

If this was not real I would be embarrassed and scorn anyone who made such claims. I am not a born again christian or anything like that. This is a real thing that all the prophets, in Islam there are supposed to have been about 4000 prophets all saying the same thing, talking about this, the golden white heart. It works. As a protective meditation it blocks out all the bad spirits trying to latch onto us. It comes through from the center of the self, it is not something we can tap into other people to access, we have to become the conduit for it.

I have always described Love as being something which is always giving, never taking. It flows through us, from us. It is not Self. It cannot be attained while Ego is in the way. A Polish Spiritualist once told me; "My God is Love." He had traveled a long way to heal and teach in Britain. As we spoke he fell into sadness and told me 'I am sorry'. I found out later that my grandfather had passed away at exactly the same time we had been speaking. It was an insight for me into the truth of supernature and spirituality which is revealed to us only when we overcome ego sufficiently to attain Love. This pattern conforms to the same teaching found throughout the many paths of Awakening.

People are going to snerk and take the piss out of me for writing this post and I know that I am invulnerable to them because what we are experiencing here is genuine and the energy is protective. I have to question that it could be a psy-op. Nope, so far apparently it is real, the blessings on the food are evidence of that, the loss of energy-vampires attaching themselves to me and the timeliness of my healing from morgellons. I would not believe it myself except it has just happened and it's real. 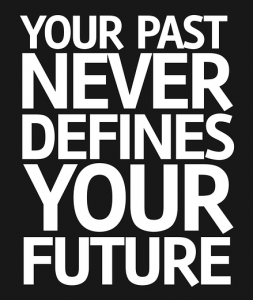 Your past never defines your future. Nice concept, in practice; Debatable.

HERE is Why it is necessary.

Further related research courtesy of the dubious intentions of wikipedia large parts of which were replaced with a very different bias, sometime around 2012, an event noted in Nexus magazine. Be aware that many people resent this information and its relation with Ashtar Star Command as being part of a fabricated neo-New Age / New World Order global psy-op program and paradigm.