Previously, I wrote a bog called How To Write Betterer.

This is Part Two.

I am ready personally to begin assimilating this ‘next level’ advice because I believe I have mastered the first stage sufficiently to finally be getting on with the next lesson of storytelling structures.

I do Tell rather than Show I will confess.
I do this because the immediacy of direct-to-the-bullet-point style writing gets the point across.
Tell-It-As-It-Is results in lucid stream-of-conciousness style which many people prefer.
And because of that, the subtext is easier to access, explore and explain.

We are the social media platform generation and the self-opinionated style is something the majority of people with their tiny short attention spans can relate to. Try getting them to read a real book from the 20th century for example and most of them cannot cope with. I spend my entire life, nearly every living breathing second of it, having to break down volumes of important information into layman's terms for zombies. ™

My own personal belief is that it rarely matters what color t-shirt the protagonist wears. If he or she is worthy of being written about it will be black anyway. It only becomes important when the story makes it an important factor. If a thing is not important to the message, that detail is irrelevant. There is no point in making up stuff for the sake of word count. Perhaps for the sake of atmosphere.

Use of such analogy as I was taught in school and integrated into use of sub-themes which either contradict or comliment, in either case to back-up the main focus of the storyline, are devices which one must comprehend so as to be able to understand how our lives work by comparison with others involved in our stories.

Mine is not a simple story. The abuses which I had as a child, teenager and during my twenties which, when I finally came forward and began to explain to people, had me swiftly put onto mental health; have proven correct. I happen to have been right all along, yay me for all the shit I was put through for it. Others of whom I was speaking have also come forward and there is now a Base for what I have been talking about.

Gang Stalking and Remote Mind Control Technologies known as Psychetronic Warfare are real, and there are others with whom I am significantly connected, whose stories verify my own. It operates from Outside of the Official version of Reality. Having an impact on educating the community about reality, frightens the controllers and abusers who want to exploit and experiment on us. So they try to silence us. This has driven me toward both fame and being a better writer.

I turned to science fiction writing (and have been ripped off / borrowed from by Dr Who and also published gladly in Bright Metallic magazine) because it seems the more acceptable domain for those topics which the general public cannot accept, indeed resent to such extent that my attempting to discuss such topics with them have led to a misdiagnosis of my being unstable (for believing in ufo's etc) and therefore unfit for work. You cannot trust Doctors is all I am saying, even if they arrive in a TARDY (Tired And Rusty Dimensional Flux-Capacitor). Pun intended.

So my previous, interrelated blogs HERE HERE and HERE are my attempts to SHOW rather than TELL you what has been going on. Actually the aforementioned inter-related blogs would probably be better listed as an index for purposes of Not Getting Lost In A Labyrinth.

A SEQUENCE illustrating that the PIRATES are MIND-CONTROLLERS:

BLOGSPOT
BBC is Moloch
a blog associating the BBC with the Skull and Bones society thus proving their historic roots as pirates.

There are other links and offshoots of this topic. January 2016 has been a busy time for me coming forward about it. I suppose I will also have to make some videos also. Watch the Bases Project, it explains much.

And here, a novel (unfinished) which does indeed attempt to SHOW through the device of literary FICTION as opposed to TELL it directly as do the other blogs. 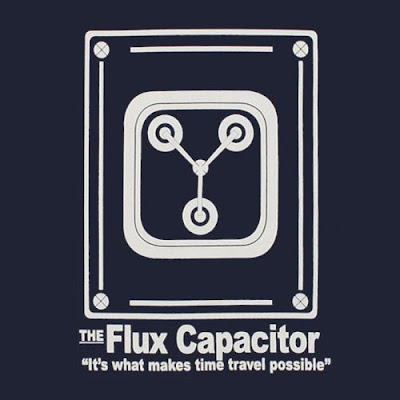 Okay so now you can have the free extra added bonus material: this blog version 1 which I wrote a month ago and have only now retrieved from my notes. This is properly what this blog should have been about all along.

In the previous blog I gave 2 steps. I am now ready to assimilate the third;

'And then they did some thing.’ is very different from thoughtfully, descriptively, taking the reader through the act of doing it, ensuring that they follow you each step of the way.

I write fast and delude myself that I will return and embellish the scene. It was a plastic blue tuesday and the sky condensed upon itself the way steam from my shower does against the bathroom glass, does it cease to be a window if you cannot see through it? Outside the grim night was hidden by its own darkness made murky by white electric light reflecting from the moisture and striped zebra skin tears. I was out of breath, sauna’d or saunared there is no precedent, thoughts streaming by themselves into their own organic forms, you have seen it all before and yet each drop was unique as it formed and dribbled its way down the screen. I patted the same moisture from my hot body with a damp towel. Showered, I had finally Showed or shown, another word I seem to have multiple choice with; expressed fully as I can to the reader what I meant; to have merely written ‘and then I took a shower’ is to Tell.

It is crucial that you identify that the first lesson, Tell It As It Is, is a method by which to make precise your meaning, losing irrelevant words and calling a spade a spade, as close to bullet-point as possible. Showing it is visual and descriptive, use of adjectives to ensure it becomes a personalised story. It ups the word count and fills in the readers imagination with detail. Some claim this makes the scene seem more real, others flowery. It is to be mastered before one becomes a truly expressive and experienced writer. To show it how it is; is illustrative.