The Gamekeeper & Transcendental Dolphindark of

asked me to do some concept art for a;


set in a dystopic future world where...
a lot has happened.

We all became over-experienced.
So now what we got to say;
has value.


wOrds aRe nOw sPelled wIth a cApitalised sUffix, nOt tHe iNitial lEtter. tHis iS sO yOu kNow wHere tHey aRe cOming fRom.

But there's more;
we have to swap every letter 'c' and 's' and 'sh' with an 'X' to do it properly.
Then it turns into Chinese.

Yeah. Sure.
Now my kids going to be speaking gobbldigook.

I overcame cynicism, put it to the test and it does seem to actually work now I have given it a go. But are the players likely to be doing this or is it all for atmospheric and dramatic effect? It's a narrative device to easily get an idea across; to suggest the game is set in a future time after things have moved on. The language has mutated; that's how far into the future it is.


At once I recognized an emo culture game. There has been a  lot ofcomparison between emo and goth, since goth most certainly is a strong root of this late 20th / 21st century transitional youth culture, and there is an overlap.
Emo is stripes and purple added to goth black bat style to make it chavvy with bling. Emo is emotional blackmail. Emo is punk attitude and TIM BURTON CARTOONS YAY! Emo was generated as a consumer culture by the Black Coconut™ chainstore to sell stuff to bisexual and confused kids who hadn't heard of suicide girls. All this to give them a better outlet than ritual scarification and sacrifice to the blood god, cutting their arms for attention energy because its a sexual release and they aren't getting laid. This was britains mainstream alternate teen culture during the late 1990s and 2000s.

tRust is a scarred world. It is planet Earth in the future, after it has been renamed tEra, from the old latin word for it; Terra. A global monocultural society has adapted to survive by become a feudal shoganate. It is modeled loosely on medieval Japan. What it is surviving from, is a space-virus; a biowarfare agent that caused a pandemic genetic mutation plague that turns people into;


half squid, half scorpion
no two are the same

This was not helped by loss of corporate governmental control of the global community thanks to the teleportal revolution. tRust is post-industrial, mainly due to the result of industrial technologies making things so much easier for techno-goths to take over the world.

Everything in the world of tRust is made of a material that is applied by spray canister like graffiti art. It swells up like wall cavity insulation into a foam, and then sets. It is plastic-rubber-latex and contains nano-p[articles which bond together during the drying/hardening process to turn into a computer. This stuff is dissolved by a chemical applied from another can, although the dissolvant has gotten into the water supply and is slowly corroding everything. The City is known by the Aztec word Itza, meaning 'urban' and 'ways of the people'; is several km high, covers the entire planet with home-made tunnels and caves that project holographic computer blah from the walls.


tHe cRacks aRe wHere tHe lIfe iS


Except most of it was broken when the planet unexpectedly swelled up, its diameter becoming significantly fatter. This has resulted in many deep canyons where the rubber has stretched to breaking point and snapped. Within these fracture crevasses are jungles providing a permanent layer of mist. and haven for the remaining of the planets wildlife. The jungles are inhabited by non-tech wild tribes who do voodoo magick, summon demons and ancestor spirits and probably have a better time than the surviving city folk.

Up above are the towers of the Arkatex, who know how to operate the fragmented computer well enough to discover what has happened and what is going on, and who trade with offworlders; the rest of the planet is under quarantine because of the hydra virus. Down below are mysterious ferrymen; boat people who look like Charon from Greek mythology. They operate a taxi service on the sunken sea and canal routes, the safest method of travel given that the surface world is owned by flying nightmares.

There is a lot more to this game that has yet to be unveiled. It is originally intended to counsel abuse victims, to explore psionics and magick through quantum wave mechanics, and to analyze societies based around psychic vampirism. It is all based around an easy symbolism; the monsters who used to be your pervert friends are multi-tentacled leeches armed with scorpion claws chitin and sting.
You can see why I like it.

The designers at Ordo Octopia Ltd have released the key concepts but asked me to remain quiet about the rest of it. This blog is by way of excitement that my art and musical skills are being put to good use; an ambient soundtrack is expected to be released as part of the game.

Posted by snakeappletree at 14:56 No comments:

Following 5 years of shit that I won’t go into here; I was given 48 hours notice that the Great Spirit was providing for me a 1 week trip to Egypt with free travel expenses from Wales. Needless to say, I was on a high. An hour later I was walking to my conapt from town, having been to library to research on their internet if I needed any inoculations, and I had followed my instincts as always; the word ‘Prana’ means both ‘instinct’ and ‘life-flow’ into a second hand bookshop where I had picked up a book called Temples, which had some beautiful photographs from all over the globe, and some information that I knew I would later need.

Because I was so high, I caught the attention of the local presiding deity of the dominion of Zooport and so I was set upon by an evil spirit of a malignant city with intent to bring me down as hard and fast as it could. A White meets a Black so as to balance whatever the zone regards as upsetting to its stability, whatever level that is at and whatever form it takes. Which in Zooport means accepting that 9 out of 10 denizens are abusive and regard other people as their energy donors; the common language, the hive-mind mainframe, is depressant.

I encountered Gary the smack-head who I did not previously know and he told me he was about to kill himself. He explained that since he had got off drugs, the other druggies wouldn’t leave him alone and they had this very morning robbed him of the little things he owned during a break in.

I had by this time already got my nvq level 2 counselling qualification because so many people come to me with their problems and needing advice. Professional counselor would be fired for malpractise for giving advice, which is something a qualified counselor is trained not to do. A properly qualified counselor is allowed to listen to the persons problem, re-iterate it in different words so they know that they have been listened to, and tell them that it is okay for them to feel that way given their circumstances, and charge them money for it. Which in my real life experience does fuck all by way of sorting people out when they need counseling.

Gary needed help and after fifteen minutes of heavy discussion had used the very strong domination technique known to heroin addicts whose sense of purpose and control is energized by the depth of focus that is the need of their addiction; he had persuaded me to write in the front of the book of temples these words;

“to my good friend gary, I hope everything works out, much love”  = MISTAKE!

followed by my name. I did it because at the time it seemed the quickest way to get him off my back so I could get on with everything else I had to do, eg; find my  passport and check if it was still valid.

Gary appeared to need this positive input and told me what to write. It went against my instincts but he is persuasive as city vampires can be. I have since then studied intensely into protection from psychic vampirism, how not to be manipulated, defense against remote programming and similar.

The best advice I can give anyone is to;

“Always trust your Instincts; above all else!”


I have no evidence of it, but my instincts tell me that my putting that message into that book is why I later received a whole ton of shit to fall on me, which has been used to manipulate my life in various ways by other energy vampires, from tramps to cops, from masons to druggies, as it is regarded by manipulators as proof positive that I am evidently a heroin dealer and heroin addict which is only a part of the slander campaign that has been spread around about me, basically because people are envious of my success. I have not ever taken heroin, nor do I ever intend to. I was once offered it by someone I didn’t know at a party I went to as a student, and I have counseled people who have been trying to get off it after they went cold turkey; my advice to anyone in that situation is fuck ‘em. Heroin users and ex heroin users are cunts, even decades after they have got clean; it turns people into some of the worst type of vampires and cleverest manipulators, permanently. 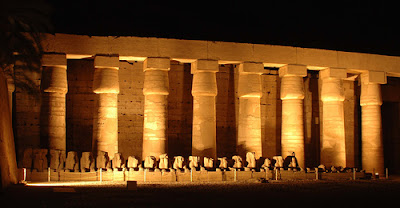 Posted by snakeappletree at 04:30 No comments: