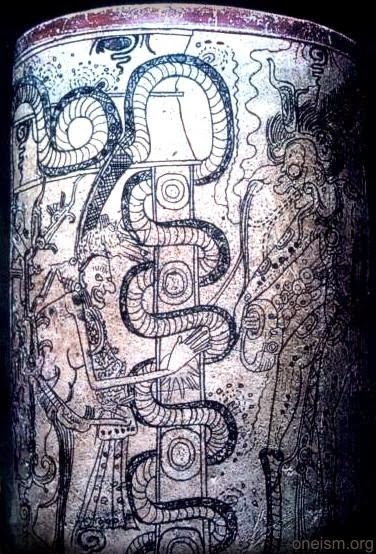 Certainly i know that given the end of the Mayan long-count calendar reputedly 21.12.2012 that 2013 is regarded Year Zero, a year outside of time before the beginning of the next cycle. We deserve a year out. Many other calendar priests argue there is no such thing as a year zero, that 2013 is properly measured as year One. Right now with global events and our lives being what they are, most of us agree that we need a year out and the concept is too good to miss celebrating for what it is. Redundant now as i type this it is 24.12.2013, it's drawing to a close whichever calendar you are on.

Tonight i have been researching in the internet and ten minutes ago i discovered a manuscript (see pictures) which has made me laugh deeply. It is an extract from the Introduction to (the 1964 Dover reproduction of 7th Ganesh & Co edition of ) THE SERPENT POWER, The Secrets of Tantric and Shaktic Yoga, by Arthur Avalon (Sir John Woodroffe); first published in 1919 (which was before one of four existing copies of the Popul Vuh was pulled from the Nuremberg book burnings during Second World War by a brave German officer) so it could later be translated).

The Naqshbandi Sufi are the largest Sufi school allied to Islam. Sufism predates Islam and not all of its schools are Islamic. What i learned of Sufism outside direct tutorship of non-islamic Sufi came from studying the writing of Idries Shah. This is not why i began this blog.

"the correspondences … between Asiatic Sastra and … Maya Scripture …"

This is why i began this blog. My online existence is a glimpse at evidence of my more extensive research, that i have been reading mayan carvings and that they teach the same teaching, through their picto-glyphs, as i have previously discovered by translating Egyptian stone carvings through their hieroglyphs!

"Hurakan" or lightning is Kundalini, and the centres are depicted by animal glyphs."

If i had read this book, i probably would not have been doing so much research of my own, assuming 'other scholars' to have achieved the same result a century ago.

Not only has discovering this manuscript reminded me that it is time i wrote up some of my discoveries between feather strands as gradients, precise frequencies measurable (as kHz) so far as our extra-sensory use of chakra mesh/matrix/grid  emanations/rays  is concerned; it has given me a focus in further research which animals relate to which chakras in the Mayan codice. All these glyphs work multi sense; the do not only speak of the individuals energy field, they speak also of the maths that describes time and space harmonics.

Many of my colleagues this past few decades so feared the grid they sought to distort their own energy fields as much as possible to avoid being pre-empted and betrayed in some way. We need to balance to achieve ascent, we need to ascend to achieve balance. We cannot avoid returning Karma. The ones who battled fate postponed it thus causing more aberration and more karma. It all crunches at the crunch point. And all waveforms are collapsing; the real node point spoken of by the Mayans (2012 alignment prophecy) is very close now, the next few months.

i bought the book and it seems, as my tools are coming as i need them, that this year i will finally be given time to study properly, for which i am deeply grateful. 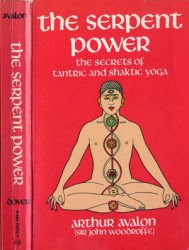 My introduction to Kundalini came as a natural progression from my since-childhood interest and studies of chakras. in a bookshop in Glastonbury a hand made publication found me, from the OMS called Fire Serpent written by High Priest Victor Corva Penfold, a Romany shaman of the London gypsyry. i bought it along with two other manuscripts available of the five he wrote. It teaches magical sex rituals; studying them with my then partner, we discovered that they work.

In the fourteen years since separating from her, i have not since found any partner willing and interested enough to resume my studies into this. Neither have i met anyone else who achieved that level of percept into reality and through these techniques, which do not seem to be of public knowledge, do not appear available in the internet and are not known of by the official multinational OMS organisation which Victa was involved with, disconcertingly they have told me via email that they do not know who he is. i can only assume that either people are unwilling to talk about this level of reality with fellow adepts or that the existing organisation has forgotten the name of its founding member as well as his core teaching.

Additional 28.12.13:
Only today did the information between 2.13.07 and 2.16.40 on the following video come to me, and it is with perfect timing to round off this blog (posted a few days ago) - it is exactly what I have been talking about here.

Posted by snakeappletree at 14:25 No comments: