A preoccupation with TIME

Speak both words and imagine that the concepts have diverged due to colloquial accents for the past several hundred years, from a common root idea.

In western astrology, planetary influence of Saturn is associated with TIME.
It is often depicted as an aged man with a long beard.

In practical terms it has more to do with the gridding effect of sequences into a linear structure. (Apopholyte is a gemstone that does this to the electromagnetic particle energy of its surroundings and to the numeric pulse rhythms of any other gemstones in the proximity also, it has some similar properties to Christite - take note how these words both seem in fitting with the language of the christian religions, revealing hidden depths of meaning in its jargon from before the religious aspect took over, markedly during the Gregorian reformation of the 17th century).

I am sure you are familiar with Revelations message of the number of the Beast 666, which "during the end times shall be imprinted on all things".

Relax, it is talking about the end of the Piscean era for which Christianity was originally envisaged as a guide before the dark forces of slavery systematically perverted it. The phrase 'End Times' refers to the religion having served its purpose and being no longer relevant because a better and more relevant approach to spiritual insight will replace it during the Aquarian era - which we are now into.

I mention about 666 being imprinted on everything for this reason:

This is called 12:60 timescale, it is only one of many possible grid systems for measuring time, one that we are taught is 'satanic' in the 'devil' sense of the word. Indeed it is a far shout from organic natural 13:20 that everything else in the galaxy resonates with.

Now 'check the time' on your digital watch, computer, cellphone, if you want to grid yourself to a slavery system. An artificial structure designed to cause stress to your biological, emotional and mental functions. That is why it is regarded as 'the devils work'.

Posted by snakeappletree at 11:42 No comments: 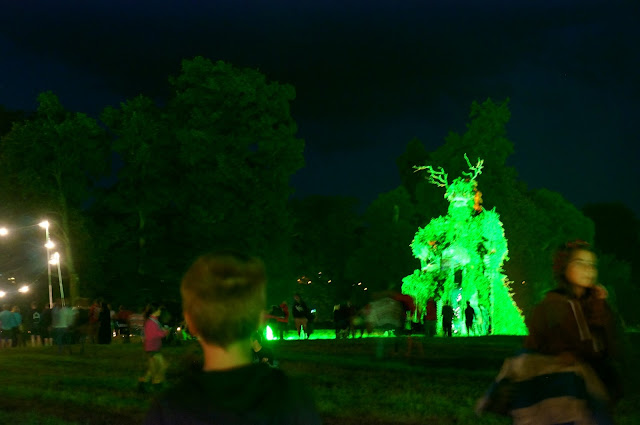 "Welcome to the summer of dread. The conservative party's dreams of an England culturally cleansed of 'hippies', 'crusties', 'soap-dodgers' and 'scroungers'. A countryside reclaimed for picnicking Lebensraum for decent suburban folk. A rural idyll unspoiled by dreadlocked, bearded, unwashed, social deviants who will be forced back into the inner-city cesspits from whence they crawled... this is no deranged fascist wet dream. This is the culmination of a determined effort to crush and destroy a multi-cultural, empowering activist lifestyle for no other reason than the besuited gentlemen farmers and merchant bankers of the Conservative Party find it offensive." 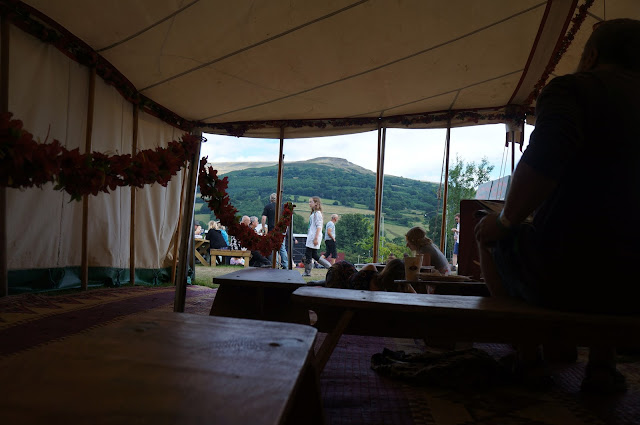 2013ad is Year Zero by the Mayan long count. The backdrop of the rise of a fascist state in Britain, two and three generations after my ancestors fought two consecutive world wars to prevent such a thing from happening. A return to Law is required while there is still time, now two years before the 800th anniversary of the signing of the Magna Carta which established in writing a legal system based on the Common Law of our Ancestors (Do not Steal, Do not cause Harm, Do not use trickery, and Keep the Peace) that has become increasingly corrupt and ignored ever since. We are long overdue for and in desperate need of a reformation. The near future will  be one of political reform. 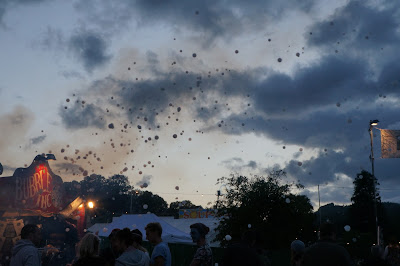 This summer I was fortunate to take time out of my research and educational work, to be a part of the four day long Green Man festival in the black mountains of Wales. It is located on an ancient riverbed and halfway up the hillside.

One thing that I did notice during the festival, living in high energy nature and away from Babylon, the urban wilderness, cellphone and wifi radiation, is that my sperm production has doubled! 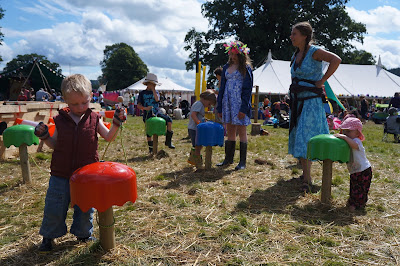 Green Man is the best organised, cleanest festival I have ever been to, although it has been nearly fifteen years since the last big festival I went to, other than the occasional free party and traveller rave during my twenties. Green Man is safe for kids and has a lot of facilities for them, divided into 'younger' and 'older' categories (toddlers/pre-teens and pre-teens/teens in two separate zones). The site is gorgeous! Open spaces as important as music stages, food and trinket shops. Some of the trees here in a grove between the healing field and the main circuits are otherworldly. 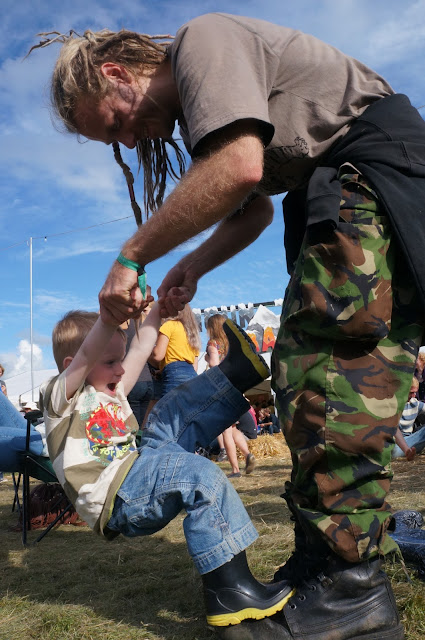 Unfortunately I missed Julian Cope (Teardrop Explodes & the Modern Antiquarian) speaking due to the festi timetable being a fiver more than I had.

Many thousands of people living communally, a state of original-sense anarchy (not needing government) with not one policeman on site throughout; surely this alone says it all.

I walked around the festi where there were many dreadlocks feeling at home, being respected and smiled at simply for their presence, in my mind floated the phrase 'the gathering of tribes' from a 1999 exhibition 'a century of fashion' which predicted a culture that has become relevant now.

I was at Glastonbury festival at Pilton in the year of the mud (and I still have green toenails from it despite wearing Doc Martens at the time, as trained by my early teenage years of Riot Grrl / Grunge generation vying with Goth and Reggae for my attention before becoming a full blown festi-born new-age traveller as now forever stereotyped). That pre-millenial festival was regarded by many at a time of global tsunami and maelstrom flooding to be Mother Earth speaking; remember what you are, remember nature! Walking barefoot at the Green Man I very soon got back into the festi spirit, watching/feeling several grids of the different festi spirits as they arranged coincidental experiences, time-synced events and meetings while everything falls into its own natural harmonic. 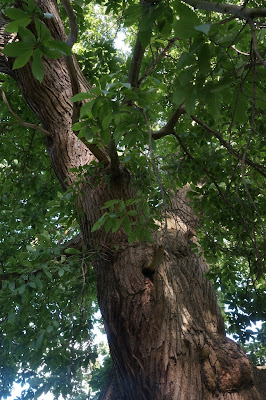 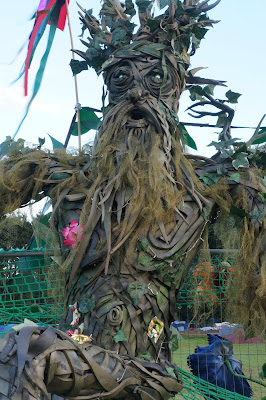 The Green Man is Renewal cycle of nature; a british deity symbolized by an oak-leaf faced man. To many this signifies Druidism in its honorific state and the association with Oak Trees, of which are many and ancient on the Glanusk Estate in where the festival has been located for the past three of its ten years; although Celts have been worshipping the Green Man for countless generations, it is one of the earliest recorded traditional british imagery seen on pagan artefacts, so important that like Sheela Na Gig it was absorbed into British christian temple carvings prior to the Gregorian reformation. 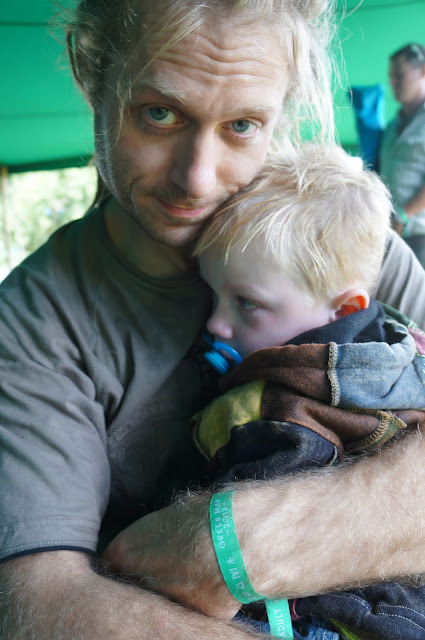 The cycle of renewal. It was followed by a hard minimal techno set the likes of which I haven't seen for a decade either, and which helped inspired me to get into making my own techno music.


"Dance, when you're broken open. Dance, if you've torn the bandage off. Dance in the middle of the fighting. Dance in your blood. Dance when you're perfectly free.” Rumi

"The only thing necessary for the triumph of evil is for good men to do nothing." Edmund Burke.

3.9.13 Evidently I came back from the Green Man festival feeling a strong political message! Time has flown by since and I have not had time to sit down, look through the photo's and finish this blog until today. 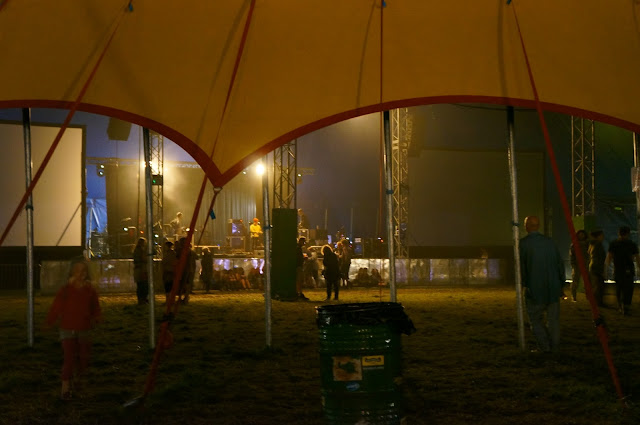 Posted by snakeappletree at 11:25 No comments: