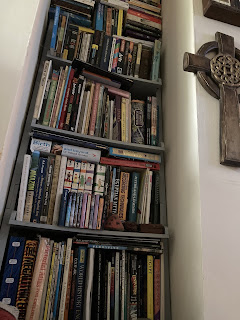 We return to our resource books. Our generation are post-post-modern. We realise that it was all done with freshness in the modern era and then it was all done again with reinvention in the post-modern era. Now we’ve all got portable computers so we don’t need to do it all again. We’re doing something different this time.

Raising a child who technically is post-post-post-modern, P3M, from the first generation who grew up after portable computers have already become a thing, observing his generations culture is to learn about meme wars which are when post-modern reinventive art becomes digital video postcards, one-liner gags which are only one liners because we’ve already assimilated all the required concepts involved. A culture which feeds on itself for inspiration endlessly.

Yet we continue the quest for newness. By definition this has to be a breakaway culture from portable computer culture.

The cycle of seasons each in its own place. This is the renewal. As such, we can identify portable computer technology to be not springtime, but autumn and winter.

What happens next is biotech. The future is biotech. This is inclusive of growing potatoes in a sack in your garden as much as lab-grown designer life-forms custom ordered to fill an ecological niche or a fashionable consumer whim.

Posted by snakeappletree at 04:50 No comments: 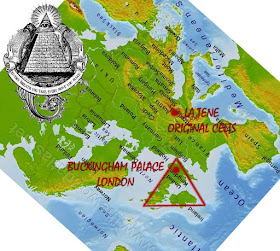 Archeological evidence shows Neanderthals arrived in Britain approximately 400,000 years ago and were still there 50,000 years ago.

Archaeological evidence shows the Britons arrived in Britain some time around 10,000 years ago after the Ice Age.

5000 - 4000 years ago the Yamnaya culture descended from Ukraine and Russian steppes region into Europe and into Indo-Asia, bringing the foundation for modern European languages.

The beaker people settled Britain 2500 years ago from the European Yamnaya culture.

1500 years ago the Angles invaded Britain.

1400 years ago the Saxons invaded Britain.

1200 years ago the Vikings invaded Britain.

1200 years ago the Vikings invaded Northern France, creating Normandy region by integrating with the French.

1000 years ago the Normans invaded Britain.

At the moment the 200 year old British colony which became corporate USA is culturally invading Britain.

Saxon word “wealas” means “foreign slave”. It was applied to the native Britons, whose descendants Picts, Cornish and Welsh retain the descriptive name even now.

It is shockingly disappointing and upsettingly racist when white/Caucasian people are all bundled together into the same category on state forms, when very clearly, white/Caucasian British people are mixtures of many different bloodlines.

It is also frightening how a vast majority of British people do not identify their own ancestry and indeed are unaware of how this heritage has been replaced in modern times by a corporate mono-concept.

How can a people be proud when they do not even know who they are and what they have to be proud of?

For further information following my research into the history of Britain, follow this blog: PYR

Posted by snakeappletree at 07:56 No comments: 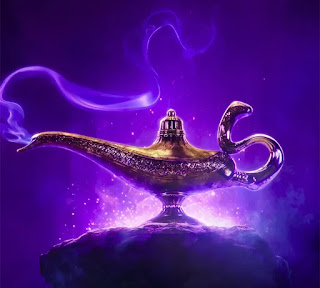 Posted by snakeappletree at 15:24 No comments: 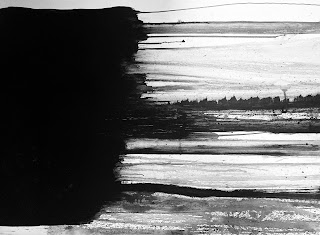 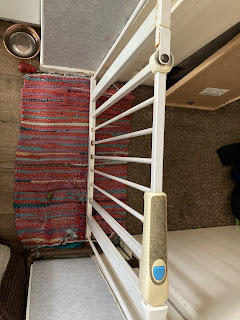 The StairGate is a necessity.
Both my dog and I hate it for different reasons.
He wants it to disappear entirely while I want it to become more stable.
It blocks his access to the rest of the house which frustrates him.
It trips me up and gets in my way every time I come through to the kitchen.
There is no happy compromise without one of us backing down entirely.
And so, the gate is necessary.
I the supposed Master of course have absolute control over it except for the fact that the clever underdog can easily jump it whenever he thinks I’m not looking.

The battle of wills involved in manifesting how our lives should and could be, is as huge as the profound symbolism embodied by this situation.
#MythsForModernMuppets

Posted by snakeappletree at 07:38 No comments: