“We do things our way around these parts.”
One Horse Town
In a one horse town everyone knows everyone, everyone knows everyone’s business, everyone relies on everyone else which usually means everyone relies on the one or two people who’ve got their heads together. There is a general attitude of ‘us versus them’ between the locals versus outsiders. Outsiders typically will not be able to fit in, will not be made to feel welcome, and will be exploited. A xenophobic attitude toward outsiders. Everything is kept simple, reliant on the basic system which works around here. Black and White thinking reigns: if it ain’t normal it’s wrong. A strict hierarchy order is easily recognisable as the power structure and respected by locals as an absolute. Alternately this may be a trade town reliant on outsiders to bring necessary resources in exchange for local produce.
Two Horse Town
In a two horse town, there are two encampments. There is an ‘us versus them’ mentality between the two camps often flaring toward unresolvable hostility. The dynamic is such this typically keeps going indefinitely. Outsiders are welcomed so long as they empower us, and warred upon if they empower the other. Black and White thinking reigns. Competition exists between factions each of which has its own hierarchy with a relative counterpart in the other faction. Usually there is a singular strong leader for each side.
Three Horse Town
A mediation exists between polarities permitting for greater diversity. Typically the factions are greyscale rather than black and white, creating versatile dynamics where each faction exists at an equilibrium between the other factions. This is the simplest form of the most stable structure.  Each faction may be polarised to both others, allied with both others, polarised to one and allied with the other, subservient or dominant, or more typically a mix in different areas of life. Outsiders are usually tolerated with a mixture of courteous respect and manipulative or overtly hostile exploitation.
Five Horse Town
“Folks from around here ain’t from around here.”
There are so many possible dynamics in a cosmopolitan culture more used to enabling and supporting people to do things their own way. There are multiple options and opportunities available so the mindset is one of working with what works best for the individual rather than conformity to practicality, and of accepting dismissal in favour of alternative approaches. There are more variety of specialists found within this community. Xenophobia is rare while multicultural differences are embraced. This melting pot is a distillation process which eventually leads to a syncretic culture between fractionalised communities and sub-groups.

Posted by snakeappletree at 11:46 No comments: 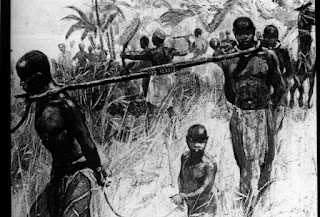 You’ve spoken several times about worrying about your reputation.

Your reputation is excellent.

What I believe is happening is something like Reiki/empathy.

You open the door to the abusers energy, or they force it open simply because you’re forgetting to consciously shut it as often as necessary.

So, your absorbing a lot of energetic patterns which affects the mind and behaviour. Anxiety does this. It is how stress transmits from piezo-electric from one person to another even at a distance.

That the brain generates electrical signals is scientific verified fact.

The faculty by which energy is directed and transmitted is the conscious or subconscious, in either case; the brain, using its electrical antenna called the nervous system to transmit and receive electrical signals. It is exactly how a radio relay works. With humans it’s AC/DC. The energy exchange is both ways albeit not necessarily in equal exchange.

Scientific studies have showed that for a human brain to function as an electrical antenna for radio relay, it would have to be the size of a football pitch, to amplify any signal the size generated by the brain. This is in accordance with normal electronic principles.

The remarkable thing is that when a human nervous system is unravelled it is forty-five miles long. It is plenty big enough for conscious and unconscious forms of telepathy to be a practical and real possibility.

With humans we generate and transmit not only mind but emotional energy which is also measurably electronic.

Consider how often you breathe compared with how often you purposefully practise getting good at it. It’s not something people are generally very good at nor in control of most of the time. Yet we rely on it to such extent we would be dead without doing it.

by training the brain to make different response associations to stimuli. Even “doing nothing” is a stimuli because the trigger factors for behavioural reaction are the ingrained super-ego ones. In modern times this is called CBT cognitive behavioural training. It’s an umbrella term for reprogramming our mental and emotional reactions to improve our well-being.

Say, out loud or in your mind, the words “I am healed” repeatedly - you can use any mantra at all - until the mind stops yabbering like a stressful monkey and instead does what you want it to do. Be peaceful and well-trained to serve you better. Whose brain is it anyway?

The reality we generate, the manifestation, the path we walk through life, it’s context, our associations of cause-and-effect, are radiated outward by the body, programmed by the mind.

If your mind is not generating purposefully the existence you prefer to experience, then it is disfunctional and very probably enslaved to generating someone else’s version of how things should be in which you are simply being used to empower their dominating agenda.

Reality is intentionally collaborative. When we do not harmonised from within, we are windswept from without.

Stop reacting to external stimuli the way you previously reacted. You are no longer a zombi because you are aware now.

The gift of self-awareness leads to the benefit of self-actualisation. Otherwise you exist in a reactionary state, flotsam controlled by the tide of other people’s manipulations and uncaring exploits.

If you do not respect yourself, nobody else worth being respected by, will respect you either. This is what “reputation” is founded on according to the principles lived by Human Beings.

We do not care at all for the definition of ‘respectability’ used by manipulative slander networks of zombie-minds who have not yet attained the status of Being Human. They cannot tame themselves yet, certainly nobody will knowingly energise any world they create in which they have forced authority to control others.

My apology, I was derailed whilst writing that. A lot of the reason you’re worrying about your reputation unnecessarily is because you’re absorbing the abusers energetic grid. By connecting with that person, by their focusing on you obsessively, the pattern is transmitting one from the other. You win when you let go of your connection to that anxiety, to the source of that anxiety, which is the abusers mentality and behaviour.

It will help your lot to liberate your energy from then entirely by shutting the gate to them. The mantra;

“I return all energy to sender, with love, and I sever all ties.”

You return the energy to the sender “with love” because that way they get a positive buzz associated with the act of you letting go, the act of the cord being severed.

If you simply sever the cord coldly, they feel the energy drop and so will anger in your direction to see what’s happened, where has that tap feed of attention-energy gone? It often results in the narcissists renewed effort to control you.

Do it with positivity and the energetic cord is exchanged with one where they actively want to set you free because they get more of a buzz out of that than from of grinding you down by having you on a rope.

Repeat this as often as necessary.

Posted by snakeappletree at 09:01 No comments: