Posted by snakeappletree at 11:43 No comments: 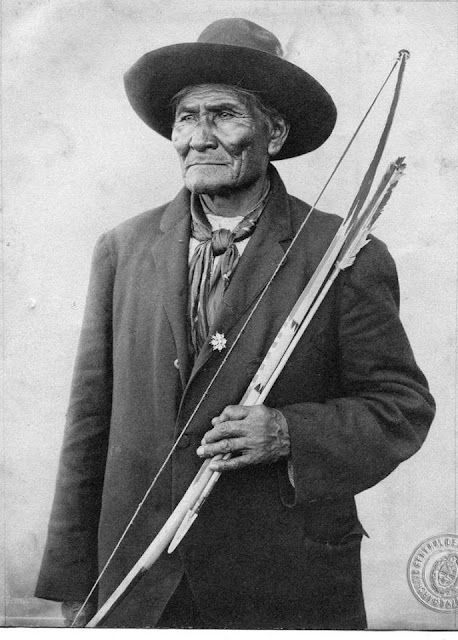 "Geronimo (Mescalero-Chiricahua: Goyaałé [kòjàːɬɛ́] "the one who yawns"; June 16, 1829 – February 17, 1909) was a prominent leader and medicine man from the Bedonkohe band of the Apache tribe. From 1850 to 1886 Geronimo joined with members of three other Chiricahua Apache bands—the Tchihende, the Tsokanende and the Nednhi—to carry out numerous raids as well as resistance to US and Mexican military campaigns in the northern Mexico states of Chihuahua and Sonora, and in the southwestern American territories of New Mexico and Arizona. Geronimo's raids and related combat actions were a part of the prolonged period of the Apache–United States conflict, which started with American settlement in Apache lands following the end of the war with Mexico in 1848."
- https://en.wikipedia.org/wiki/Geronimo 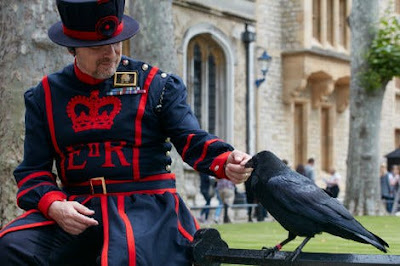 Bran's head is in the Tower of London.
The public legend "if the Ravens leave, England shall fail" is a watered down version.
Ravens are Bran's spirit allies/guardians/soul-keepers.
The Ravens are there because Bran's head is there.
(Also because they are now bred there in captivity and their wings clipped to prevent escape).

By 'England' is meant the Empire spanning across South Africa, India, Australia, the America's, everywhere else the current British regime conquered through the centuries.

All of which is unified by symbolism of the Templar Knights; who were granted independence by the Roman Catholic Church, with which independence they became pirates and seized power. They continue to retain that power as a secret society behind the Governmental facade of power. 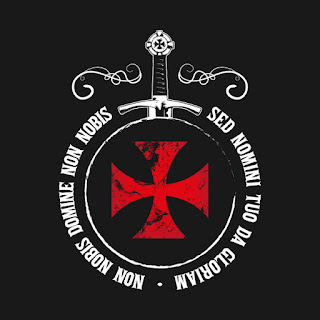 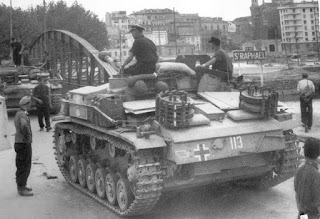 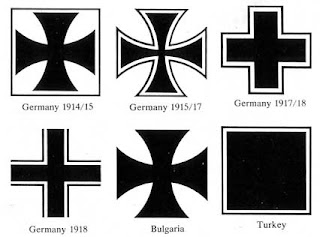 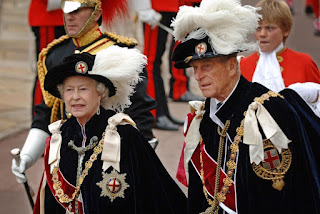 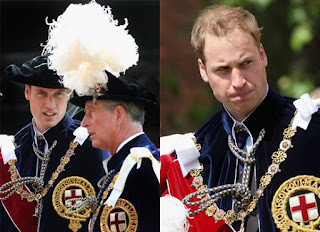 
Skull & Bones Society
is American secret society behind the US government.
Its number is 322 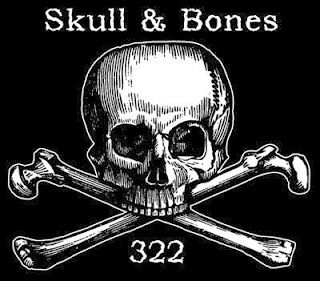 Wings of the same entity.

The left hand and the right hand.

As Bran's Head empowers the UK,
So too does Geronimo's head empower the US empire. 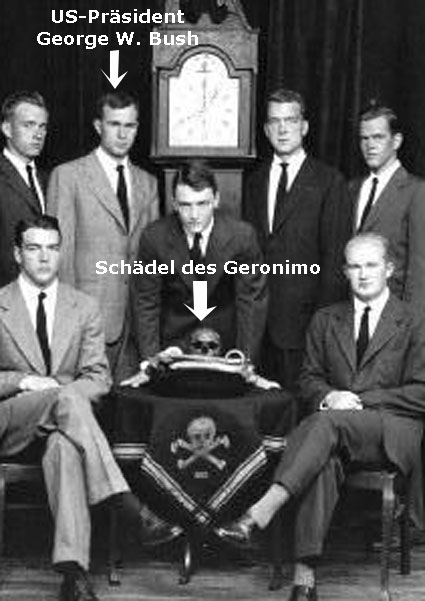 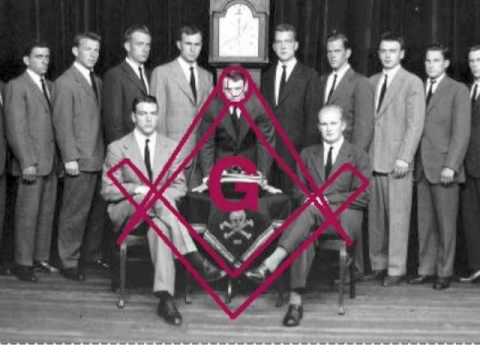 Posted by snakeappletree at 06:25 No comments:

These two concepts recur and entwine.
Primal origin is still there within the core of all evolved, developed, re-written, emergence.
Planetary, individually.
It is Atma distilled within cycles, regurgitative distraction of delusion.

LITH
lithic (of or relating to lith)


Definition of lith - photographic film with a very thin coat of emulsion, producing images of high contrast and density.
https://en.oxforddictionaries.com/definition/lith

Definition of palimpsest in psychology.
1 : writing material (such as a parchment or tablet) used one or more times after earlier writing has been erased.
2 : something having usually diverse layers or aspects apparent beneath the surface.

Definition of palimpsest in geology.
A palimpsest is a geographical feature composed of superimposed structures created at different times.
https://en.wikipedia.org/wiki/Palimpsest_(geology)

Definition of palimpsest in Archaeology.
CATEGORY: artifact.
DEFINITION: A collection of archaeological artifacts, ecofacts, and material that may not be related -- that are together through accident or natural forces rather than human activity.

"A palimpsest is a manuscript that has been overwritten.

It comes from way way back in the day when parchment or vellum was expensive
and durable so scribes would scrape off what had been written and write over it.

But, inevitably, trace of what was there are left behind,
making the new text an iterative build on the previous.

A wall of street art is an urban version - each work builds on / writes over the other.
Toilet door graffiti is the same. In the digital world, everything is a palimpsest." 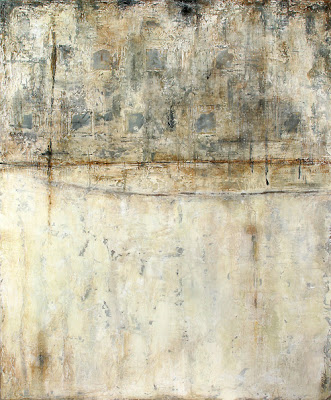 All art accredited through hyperlinks to original sources.
No copyright infringement intended.
Art exists to advertise itself, surely?

Throughout aeons, energies cavort, entwine, distangle, seek balance, tumble, swing, progress onward, distil and simplify as they come to know their true essence, rise through vibrations marked for easy reference as time passing, become gradually and increasingly aware, self-aware, capable of assimilating and responsible for consequences of themselves and their impact upon the maelstrom of all things within their karmic crossing.

The spirit of a palimpsest, being the vortex through which overlays and re-conditions, corrections and deviations blend and blur a thing through time; is a different entity than a palimpsest spirit, an individual formed incidentally throughout the journey of temporal energies frictionally influencing one another throughout time. Or perhaps it is. Perhaps the words are interchangeable. Perhaps the descriptor's given here are more accurate with exchanged definitions.

Posted by snakeappletree at 04:38 No comments:

Method:
We will be pouring blends of solutions into the jars, always through the mixing jar.
The mixing jar is always 50/50 of whatever solutions we are pouring to make that blend.

The jars are labelled to describe their contents as follows:

mixing jar (empty unless being used)

The % system does not give accurate ratio!

Storage jars 4 and 5 have a problem translating the percentile system into accurate ratios.
Basing it on the proportional ratios, the decimal mathematical system gives us this equation:

There is a 9% window of variance (4.5% more or 4.5% less) between accurate ratios and the decimal measurements.

For this reason: we simplified the whole story and use instead the system (as do computer memory chips) generally associated with ‘the calendar wheel’
(of/Mayan/Aztec/Amerindian/Babylonian/Keltoi/Tibetan/Chinese/Aboriginal/etc)


This also does not give us a definitive system for correlating the ratios with the decimal. It does however illustrate the fallacy of relying exclusively on decimal as an accurate system of measurement. This becomes important when we are basing our comprehension of macrocosmic and microscopic reality (quantum, particle and astrological physics) on using a system which does not harmonize with “multiversal balance”.

And yet; 5 is the sign of Mankind or Satan, depending on the source.


Posted by snakeappletree at 08:48 No comments: 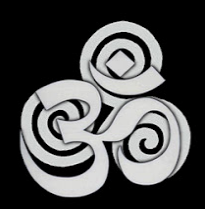 Both the same yet unique.

This answer satisfies most because it amuses them and provides equity, equality.
Yet it is not the absolute truth.

"This is MY raindrop." -anon

Neither is more right. Neither is more wrong. Both are equally necessary. The consensus for stability, which would become stagnation if not for progress. The pioneers for progress, to avert stagnation which is decay. Continual flux, cycles, between progress and decay. Within an enclosed system we cannot have one without the other. Infinite loop, Eventual self-destruction, Evolution to state of expansion beyond limitations.

Step one: identify that which limits us and beat it using what we have.
Step Two: identify what we have and how best to use it.
Step Three: remove resource wasters who threaten ability to stabilize-and-progress.
Step Four: progress through stages of development.

Everything is in relation to something else. And then there is a harmonic of that. It is the galactic Harmonic. Coming online with it, to become a conduit for it, is buddahood, is Atma. The centered self. Anything other than the centered self is delusion, is distraction. Our attention focus pulls toward, or away from, that simple state of being. We distract ourselves by turning away from ourselves because we do not want to face and assimilate the true nature. We are fifty percent angelic and divine, sacred; we are fifty percent bestial and crude, corruptible, nasty. When we get this in balance (as I write it is 30.11.18 a half-moon, darkside ascending, the unveiled is revealed), we achieve equilibrium, inner harmony. Knowing it is to always return to it. It helps us to avoid wrong-action. 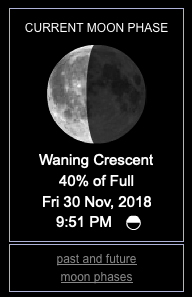 In Buddhism from Sanskrit (Middle/Far-East) the concept of Samsara which means both confusion and conditioning. Samsara means delusion. Delusional means both; being-in-a-state-of and creating-of-(viral).

It is not perception from Atma, from clarity and connectedness with galactic harmony. It is from attachment to anything other than that internal balance and functions to delude us away from and thus deny us from achieving peaceful equilibrium. Atma is balanced core which acts as conduit through which harmony (brahma) flows.

The divine connection with source is from and through you. The core of your inner being. It is not from identity with paradigms, idioms, delusional distractions, false self image, compromise of self with social culture, desire for external fulfillment, trying to be something for the sake of egotistical wants. The frame of mind involved with all of that, is continual escape from Self, from facing ones self and accepting it. Many people do not believe them selves ready to attain it, believe themselves undeserving of it due to past life experiences. Many people have a lot of pain and disgustingness to wade through and accept about themselves before coming into a clear relationship with self. This is a primary factor of why people escape from it into delusions. It is a purgatory process.

We simply have to let go. Letting go is the fast track, involving acceptance and in many cases involving forgiveness, of self and others. Acceptance that things are the way they are is necessary whether you set out to change them or simply accept them as they are.

To progress beyond limitation we have to accept the steps and stages of leveling out, as we ascend. It does take us time to assimilate and for all the pieces to balance internally and externally, before they are stable. If you are relying on other people as your steppingstone and yet they are unstable with your path of ascension, they are going to become crushed and then the ground and your feet is going to disappear. Patients and the development of patience is a natural part of the process in developing a long-term foresight and deeper comprehension of our situation.

Ascension through balance, balance through Ascension.

The balance comes in stages because we are complicated and there are so many threats to our weave, they cannot all settled, balance and become stable continually. Should they do this, we become a plinth and we stagnate, we cease to ascend. That imprint is marked as a platform in time, which may last for millennia or maybe forgotten immediately.

However, as we have observed that most of our weaves harmonize at specific events and occasions. Some are put under pressure to hurry them up, to test them, to break them if they are distraction/delusion in the ultimate journey. It is a distillation process, often a pressure-boiler of coming toward purity so we may vibrate at a higher frequency and ascend further beyond what we can even observe from the current reference point.

Therefore, there are nexus events, nodes where time-streams converge, synapses merge. We recognize and have a revelatory moment, which helps us to let go of all the unnecessary baggage from the past, which we have been letting holding onto, necessary as it was yesterday to get us to here. They may be identified as rungs on the ladder or steps in a process.

It is imperative to understand and accept that it does take time for the collective come on up to catch up with itself and for everybody to recognize and also harmonize with those empowering, our current stage of development. Many are incapable of comprehending where you are at; the pioneers of any culture are literally ahead of and beyond, outside the scope of the mainstream surrounding them, those who are affected by their wake. It takes time to communicate to them, for them to assimilate that communication, for them to except that stage of development. Thus we are many of us at different stages of development.

Brahmin recognize a whirlwind of delusion surrounds a peaceful inner core, and this is the nature of our universe. Is it in motion? Is it stable?

Posted by snakeappletree at 04:12 No comments: