We gain self-esteem by achieving challenges. Others recognise this.

We evaluate based on recognition of this and we apply value to those who achieve challenges. Living up to our responsibilities being the biggest of these criteria.

1 Undermining other peoples ability to achieve their responsibilities and challenges, and

2 Not recognising where they do are the two major approaches of socially dysfunctional, sociopathic saboteurs (for example the umbrella of narcissism and its related branches of personality disorders) to undermine others well-being. Usually by people serving social control agendas (agents) and very often that agenda is simply selfishness vs community awareness (empathy).

The training to identify hallmark characteristics of these behavioural patterns is largely through experience of dealing with them. The textbook can only offer patterns of projections which result in misleading diagnosis because of inexperience with the subtle nuances involved.

This is why it’s such a problem dealing with the pandemic of narcissism affecting our communities.

After a lot of review and with mind to remain positive and progressive it was determined the only way out of the paradigm is CBT to completely replace the paradigm with a simpler more wholesome one, than to become entangled with case specific minutia and negativity.

The new paradigm is characterised by empowerment slogans.

Do not feed the Black Hole.

Every moment we have the power to redirect the flow of energy flowing though us, away from a negative manifestation and instead empowering toward a positive and stable manifestation. By letting go and emptying the mind and whole being.

Posted by snakeappletree at 03:53 No comments: 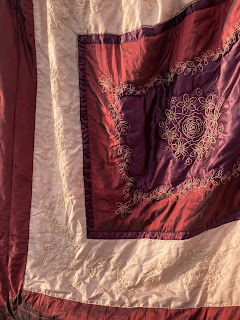 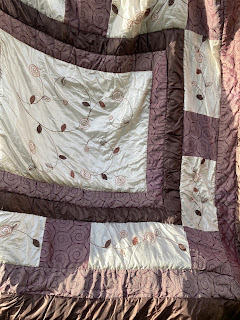 I purchased these for £10 each from charity shop sometime after she died.
Only after I got home and opened the bags, I recognised the smell. Its exactly the same smell as inside her house was when I’d visit her to do odd jobs now and then.
I washed Margaret’s stinky duvets five times including with dishwasher cleaner solution at 60 degrees (it’s polyester recommended wash at 40 degrees) and aired it for nearly a week.
It still stinks of the black spirit it contains. I’ve been talking with that entity and with Margaret. Not sure if it’s two aspects of her or if it’s two separate spirits which combined and for much of her life until her death they were symbiotic.
I don’t want the thing in me!!!
It’s already tried. One night after one wash I had the least smelly blanket on me and woke up from a nightmare in which a black sleechy spirit was attempting enter me at cellular level. I pushed it out and discovered within me I do have the power to push it out!
Self-belief and willpower got stronger. Another lesson from the spirit world in the purpose of willpower and confidence in self-belief which strengthens will power. The act of pulling oneself together into harmony makes you stronger. A lot of people don’t like to do that because it reveals self-limitations.
As soon as I push the entity off me, I woke up from the lucid dream and realised immediately it was the blanket, so I threw that out of the room and slept the rest of the night through. The next day I went out and bought £20 of washing detergents.
The blankets are nice but we can’t burn plastic polyester because pollution so they’re going in the land refill. Such a shame.
The lesson is been good, it’s all about attachments. Attachments and letting go.
“Otherwise it will attach itself to you & guide you to negativity. Good your aware & recornise it!” Said my spiritual friend when I relayed the story and it’s lesson.
I can see that clinginess is part of its nature. Part of Margarets teaching is, well it’s quite obvious I have some sort of attachment disorder from the amount of trash I fill my House up with. Developing the reflex to let go, for me is progressive development. These blankets now contain that, which is their purpose in my life.
The symbols on those blankets, colours and shapes. Although the translations on the following sheet are not ‘perfect’ in the original intended tense, the general theme is there. Remember about Egyptian Heiroglyphic it is a poetic language so the flexibility was intentional.
Example ‘mouth’ means both ‘speech’ and ‘to eat’ as well as the physical and other associated actions. It relates both to the mouth in your head and to female genitalia. Highlighting this symbol is the developed form of the mouth symbol for ‘eye’ and ‘emanations from eye’.

Those blankets have lots of little mouths. They’re communicative but also they eat little bits of energy. And they do feed, I’ve laid under one and it near drained me to the depth of mortal fear necessary to test and strengthen my self-esteem. It was hungry to be eating so much at once! It’s a creature. The square symbols all relate to World, House, Earth, Body. It’s a grid. Then there’s the colour symbolism… 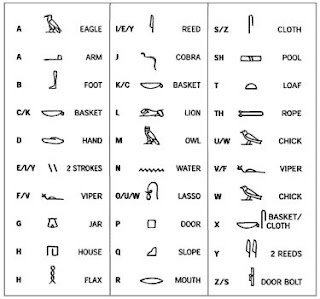 Compare other contemporary uses of the same symbols and associated concepts: 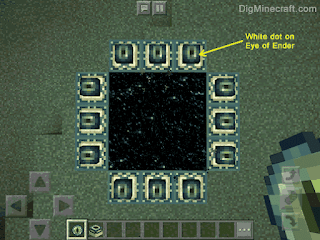 Posted by snakeappletree at 02:02 No comments:

The purpose of the occult group was to continue the spiritual traditions secretly after the persecution, a particular and specific task assigned to that group after the priesthood was dissolved.

To monitor the transmigration of the soul.

To learn what we are and what life is.

The method is to identify the vessel into which a known soul is to be reincarnated, to nurture that child until such time as signs of self-awareness from the souls past life can be identified, especially as education and training to wake up past life memories, to integrate.

Egyptology is full of this. Ba, Ka, Ru-spirit, aspects of Self. To understand that better in a pure context we must explore Buddhism.

Are we simply preparing a vessel for another soul to occupy it, or has that other soul organically and naturally come into that vessel? Is it possible that the vessel could have two souls both its own original one and the one that’s reincarnated into it?

Do these two selves compete or combine within an individual to become a whole individual?

Or is it more simply that, the individual is an animal until the soul awakens?

Following from which, once these questions have been answered, should the tradition be continued as it is simply because that is sufficient to maintain the tradition and the human awareness of what we are, or does it need to adapt to beyond that?

Different branches within the underground priesthood emerged. Some believe that specialist schools to answer each specific question which came up was necessary and those became the foundation of entire cultures supported by farmers to great food, trade, rulers over the domain while the spiritual was explored in the temple complex by those initiated into the mysteries who could see further than the simple power base of a ministry.

Posted by snakeappletree at 07:11 No comments: