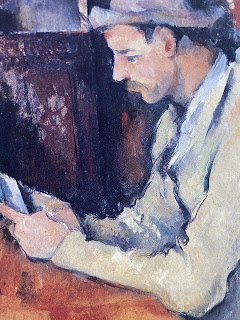 The relevancy of old manuscripts.

I was born the year the first Star Wars movie was released. At that time there were no consumer market computers, at least not like those of today or even those of the late 1980s. At that time computers were still in the realm of science-fiction.

I have gathered through my life 3000 books and have read that many again. These cover diverse range of topics.

Despite the emergence of portable Internet on our phones, the market for digital books, the publishing industry is thriving now as never before for which I am pleased having previously become concerned whether digital publishing will kill traditional publishing.

There are perhaps more writers now than ever before because the tools are easier to access and self publishing through the Internet is a more respectable option than it used to be simply because the sheer volume of people choosing that route, some of whom are becoming millionaires.

As a tidy my bookshelves in my life third attempt to Descale and Declutter, I am finding wonderful works which nobody in 2022 under the age of 30 has probably ever heard of outside of US English literature courses and most even less likely have any interest in.

For all I know this once mass-produced paperback copy I am holding my hands, complete and unabridged, is the last remaining one.

As I sort my books into two piles, those I cannot bear to part with or through some quality of insight deem worthy of saving and those which I shall discard and take to a charity shop. I know the charity shop book market. Many of these books will simply be thrown in the bin if I do not personally look after them.

I bought the Wordsworth classic portrait of the artist written by James Joyce while I was an art student. Had I not become an art student I would’ve instead become a student of literature and creative writing. Female art students vs female literature students weighed heavily in the decision.

The back cover blurb says this:

A portrait of the artist represents the transitional stage between the realism of Joyce’s Dubliners and the symbolism of Ulysses, and essential to the understanding of the latter work.

The novel is a highly autobiographical account of the adolescence and use of Stephen Dedalus, who reappears in Ulysses, and who comes to realise that before he can become a true artist, he must read himself of the stultifying effects of the religion, politics and essential bigotry his background in the late 19th century Ireland. Written with a light touch, this is perhaps the most accessible of Joyces’ works.

Does anybody else out there care about this? Will they ever?

I personally identify with the protagonist because the back cover of my as-yet-to-be-written autobiography might say something along the same lines.

I do regard that before I become a true artist I must first rid myself of the stultifying effects of the religion, politics and essential bigotry of my background in late 20th century Wales.

I grew up through latter modernism into post-modernism and post-post-modernism, to use the correct academic terms taught by universities and which nobody who did not attend university has much understanding of.

I survived the millennium and the end of the world in 2012 according to the Mayan calendar.

As a result of how people think at this time during my lifetime, I need not write my autobiography because I can simply refer to Joyces portrait of the artist and say “that says it all, now you know my story too.”

So here you have a man who questions the ongoing relevancy of a book concerning issues faced by another man a century before his time, who is perhaps the one person he most identifies with.

Is this somehow therefore subconsciously a quest for one’s own relevancy? Is saving musty old books for a future generation to dispose of as irrelevant my feeble attempt at having some relevancy today?

The book has inspired at least as much as a blog post. It’s going in the To Keep list. Back on the shelf.

Someday I may actually get around to reading it.

Posted by snakeappletree at 02:43 No comments:

Someone who paints ghosts

A spirit riding a spirit-medium during an art making session

A ghost who paints (telekinetic ghost)

After I had written X thousand words I began to observe more closely where the words were coming from.

After I had written XX thousand words I began to recognise more accurately where the words were coming from.

Ghosts write better than the living for combined experiences and insights bound into form of patterns emerging. Cognitive patterns. Words writ before so many times before because this the most obvious way to do it to get the message out.

Might as well. This is Candomble the living experience. Integrate spirit world with those vessels in the physical domains of time. Bridge the gap.

This one, the Mayan birth sign is to bridge the gap and seal the store of death, it’s in the stars. His family bloodline known for it for centuries. Spirit mediumship. Spirits use those skills the living perform until it become ritual to them then we step in. It is symbiotic relationship.

This one he an open-walk-in, spirits come and go through him check-in with him through the day and night more than he fully realises, don’t give him often enough control of himself because they know they do a better job of living his life than he can, so broken up inside.

He trapped in there, watching all this.

Them so-called experts blaming it on chemical imbalances in their superiority-and-ignorance.

This one is a writer and experienced as a medium. So he is a conduit for us tonight to channel through a message about all this. What daily life is like for him because he trained at it for purpose of waking up a generation around him and following human tradition.

Because we need it to become more aware of life and what it is, how it works and what we are and are capable of becoming. Collectively and individually. For evolution of life gaining self-awareness of itself.

Posted by snakeappletree at 05:46 No comments: