A Tension value experiment in Attention

Water pressure controls the flow. When we adapt the hose to split into two streams, with a junction, each stream has half the water pressure.

Multitasking does not work for this reason. Our attention has tension. Which seems obvious when you regard phonetically it is the same word, the same concept applied to a different context.

Attention is energy (simplified). Attention is conduit through which energy affects energy.

The Attention-Energy is measurable by its impact. This is verifiable in physics at particle level.

Methods for development of Second-Attention is instructed by Yaqui shaman Don Matus in the Carlos Casteneda analogy.

Widening of the mind to encompass multiple focus of awareness simultaneously. While with effort it is possible to somewhat increase the ‘water-pressure’ of split Attention.

Study of electric reveals Amplitude and Volume to be the two relevant factors of measurement of energy-flow.

How fast it is moving (Amplitude).

How much there is (volume).

We can liken Amplitude (how fast it is moving) with Frequency (the speed of its vibration).

This Second-Attention is within the remit of Volume (how much we can be aware of) rather than the remit of Amplitude (how fast / high the Attention energy is capable of; 1 emitting, 2 being aware of).

NB: This should have been posited as a question for contemplation, not an assertion. 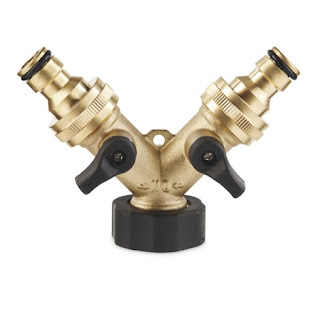 Posted by snakeappletree at 03:18 No comments:

Sharing Experience is the new Pink-Purple

Sex is something which men and women can professionally train at to become excellent at pleasuring a partner, fulfilling their physical needs as well as the overlap into their emotional and mental needs.

This means regularly being satisfied.

I gender identifies as ‘A person’ and ‘happens to be male physically’ and ‘hetero-flexible mentally-emotionally’, switching between yin-submissive and yang-assertive, requiring both those needs to be fulfilled.

The extent of this is a very restrictive culture where somebody who you have not previously given sexual consent to, is automatically put into the risk factor category.

There are 8 billion people on this planet, but the most promiscuous woman I’ve ever had discussed sex and sexuality reached her benchmark 100. I have never met a man who has had that nearly that many partners.

Official statistics based on feedback of individuals asked about it, which is a very minority demographic, says the average is about 3 to 5 sexual partners in a lifetime.

There are people out there who have had zero partners which hugely lowers the average. Most people I know I’ve had notably more than that.

It does appear lying about your previous sex experience is the mainstream attitude, which is a terrible situation because dishonesty in any relationship is a terrible thing. It immediately prevents building wholesome strong foundations between people.

Overcoming repression individually and socially as cultural mainstream is imperative for human progress, for stability, comfort and evolution.

When a person has emotional feelings towards another person, that is another set of data for the brain to process.

When people believe it is a good idea for them to get on, and they do get on, that is another set of data for the brains process.

These three areas of data for the brain to process overlap and our interlinked, but not necessarily so and not exclusively so.

“That is how addictions are made.”

The biological function to need regular healthy sex is perhaps the most compelling addiction. The scale of pornography use reveals this. In 2000ad (circa) official statistics showed pornography as 90% of all internet use.

The core of our collective and individual detrimental, detremotional and detrobiological problems is ‘repression’. We observe this on a cultural scale.

The rise of lgbt+ post-millennium has made bisexuality the new normal to such extent it is mainstream. Repressing open curiosity and experience of bisexual activities is now regarded as repressive and damaging.

“There are two (or more) of us here. Let’s not slip into repeating the same routines we did with ex-partners. We are conscious-creators, we are not organic-robots.”

“Some people want to be organic-robots.”

“The you will not complain of trying something new.” 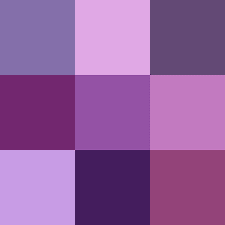 Links to the Outer World:

US Teens Don’t Get Laid

“Sexuality, an important source of connection and pleasure”

(but not for men)

Posted by snakeappletree at 08:44 No comments: