Organised Crime includes Conspiracy. A group of people making an allegation about a target with zero evidence is not itself evidence. It is however defamation, persecution, potentially also trespass. All of which is abuse.

This system of analysis is regarded as credible. It is regarded as more credible than the alternative which is to compromise somewhere and ignore evidence while at the same time accepting hearsay in place of evidence. That system is called corruption.

Yes, this does allow people to get away with crimes.
It also establishes a precedent to reduce worse crimes.
There is an honourable logic in that.
It is not at all the same thing as defending people who have got away with crimes.

It has nothing to do with gender bias and “patriarchal thinking”. It is simply use of logic and reason to evaluate an either/or situation to determine the most just and sensible system to be used.

“Belief is not Knowing. If you Knew you would not Believe” - anonymous wisdom

I can believe a person to be guilty of a crime but that does not mean I 100% know they did it. It means without questioning myself or the person making the allegation I will act as if a thing is true even though I do not know it to be true. The technical word for that is ‘delusional’. It’s a mistake to operate that way if your interest is in Truth.

Unfortunately a lot of people exploiting other people and situations for their own gain, be it financial or to fulfill a bitter need for vengeance, or to bask in the sickly glow of drama and involvement with vice, have very little interest in the actual Truth.

Posted by snakeappletree at 19:58 No comments: 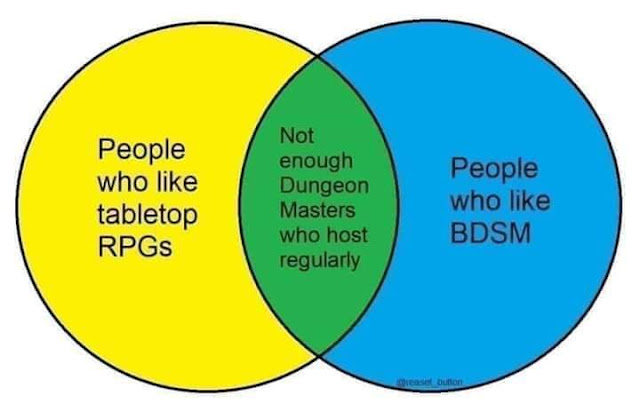 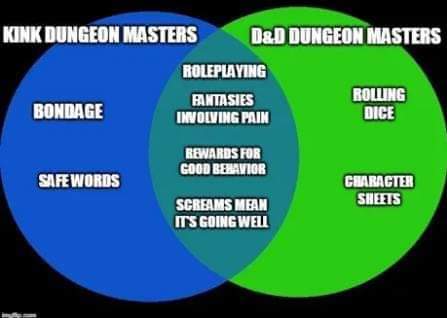 The four major are submissive dominant switch and brat. Switch can do either Sub or Dom depending on who they’re with and what the mood is. Brat is annoying attention-seeking attempting to convert their dom to a sub or their sub to a dom by undermining their authority, using anger reflex as a game to establish the partners breaking point and to encourage the partner to sexually abuse them violently which the brat believes they need for their own pleasure. It’s a different dynamic to a standard sub who is genuinely more submissive than a brat.

The secondary four types are more rare and are more complicated, featuring a sub who wants to be a dom but isn’t/can’t, a dom who wants to be a sub but isn’t/can’t, a worse version of a brat who does not have normal social safety boundaries to limit their behaviour (which is what brats often attempt to become or at least appear to be) and a wider group called broken switch which doesn’t flow with the partner switch and causes glitches, hence the title glitch applied to them in some groups.

A bad sub-dom relationship is non-consensual and/or does not respect the need for trust at the heart of the relationship.

These however are merely words. In my safe room you will not speak unless in simple honest direct answer to a question. The purity and intimacy of silence is a part of the methods I prefer and will reveal deeper and more passionately aspects of yourself not available during the distraction of human language structures.

The discipline aspect can involve for example diet for sexual health, exercise regime, many activities outside of the bedroom for the strengthening of the people individually and the relationship. For example visiting romantic locations and betterment of the individuals such as art galleries, museums, education, etc, to strengthen self discipline as a reflex with encouragement by the partner, new experiences for broadening perceptions and horizons, expanding the self.

Knowing what you are doing is the domain of the dom.

Trusting the dom to be caring even in any physical emotional and mental punishment necessary to instil a structured stability without it becoming excuse for abuse, is the domain of the yielding submissive who typically lacks self discipline and structure in their life.

For some it involves more extreme experiences for instance kidnap and torture and other fetish fantasies, of which there is a vast range imaginable.

Posted by snakeappletree at 20:59 No comments: