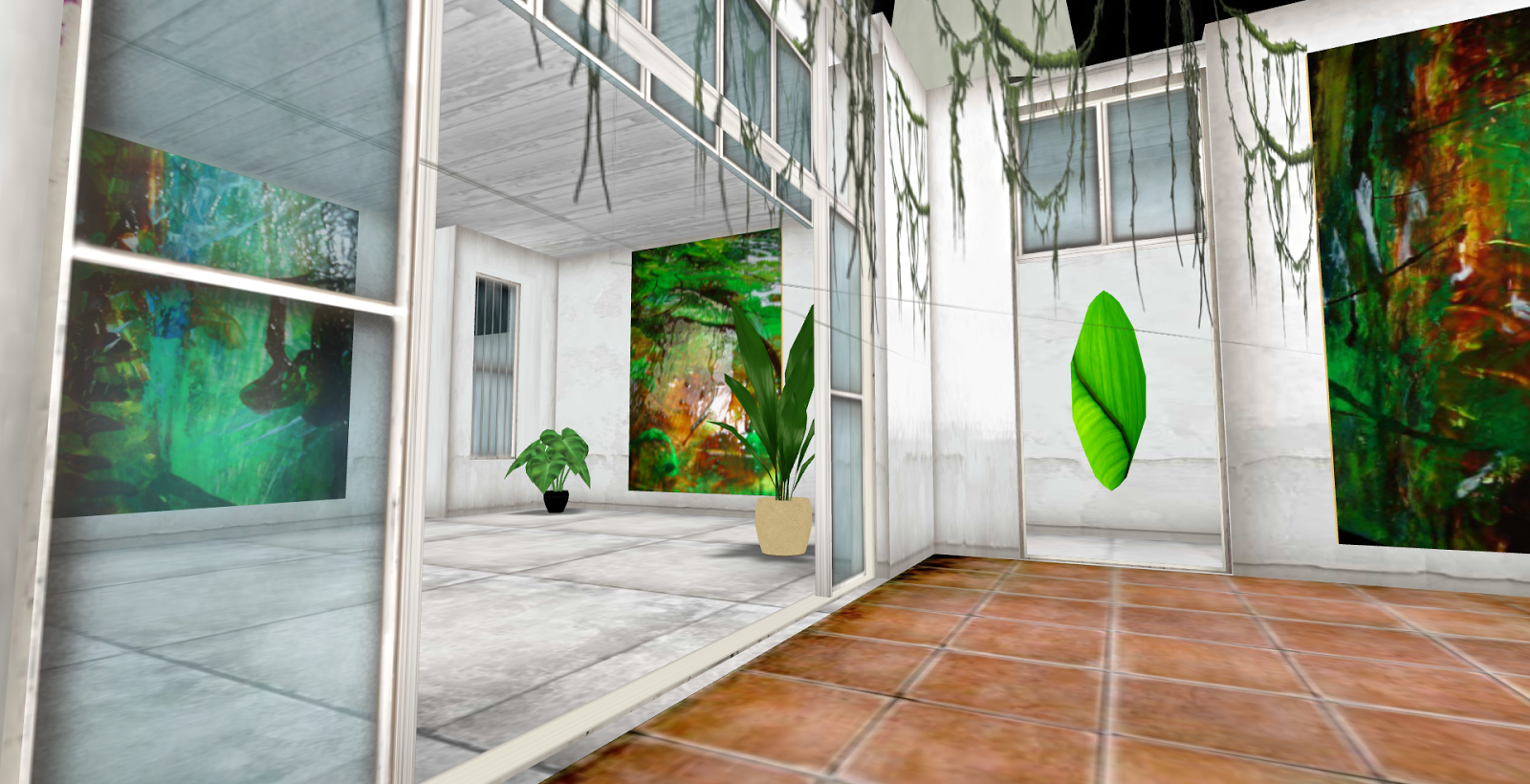 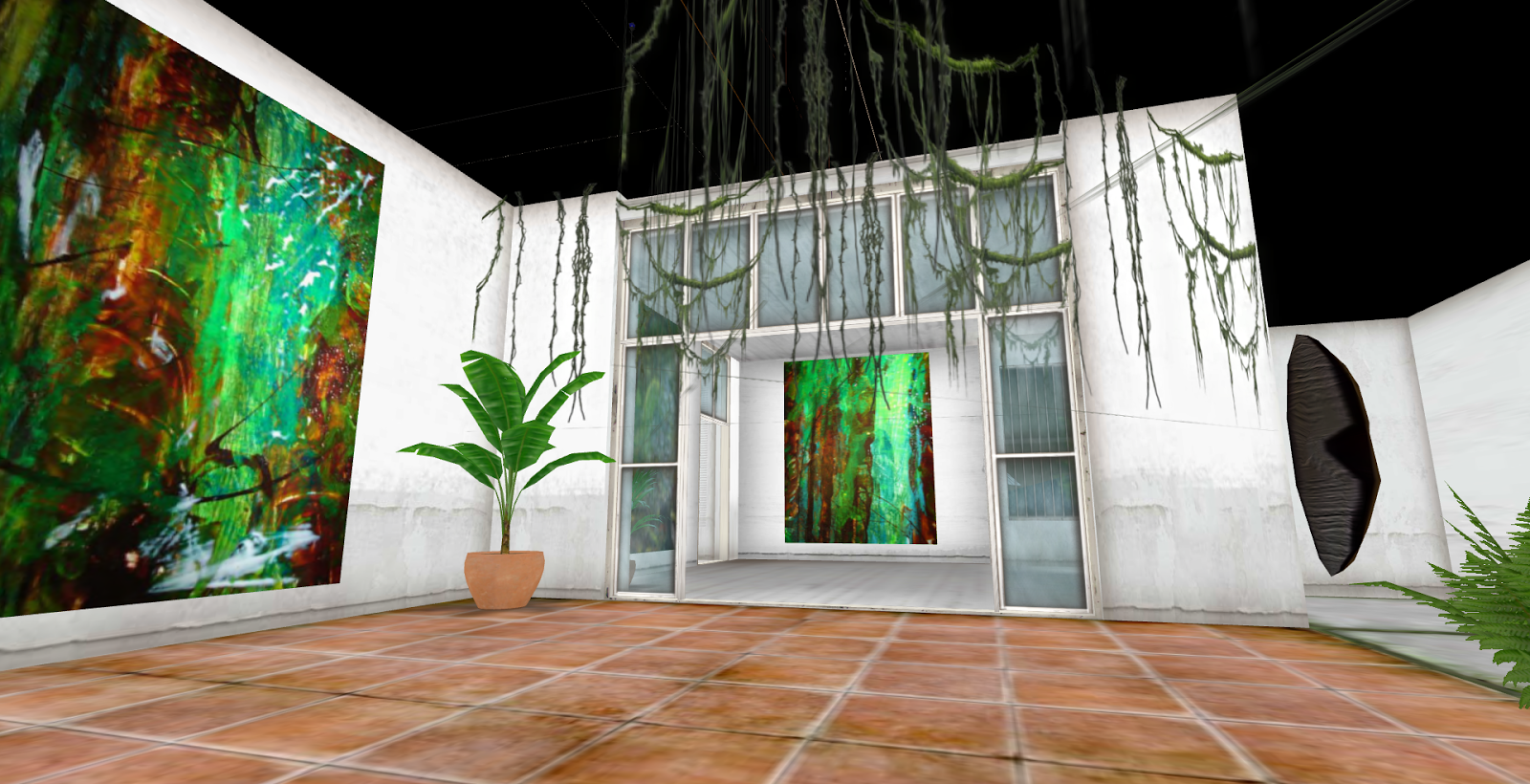 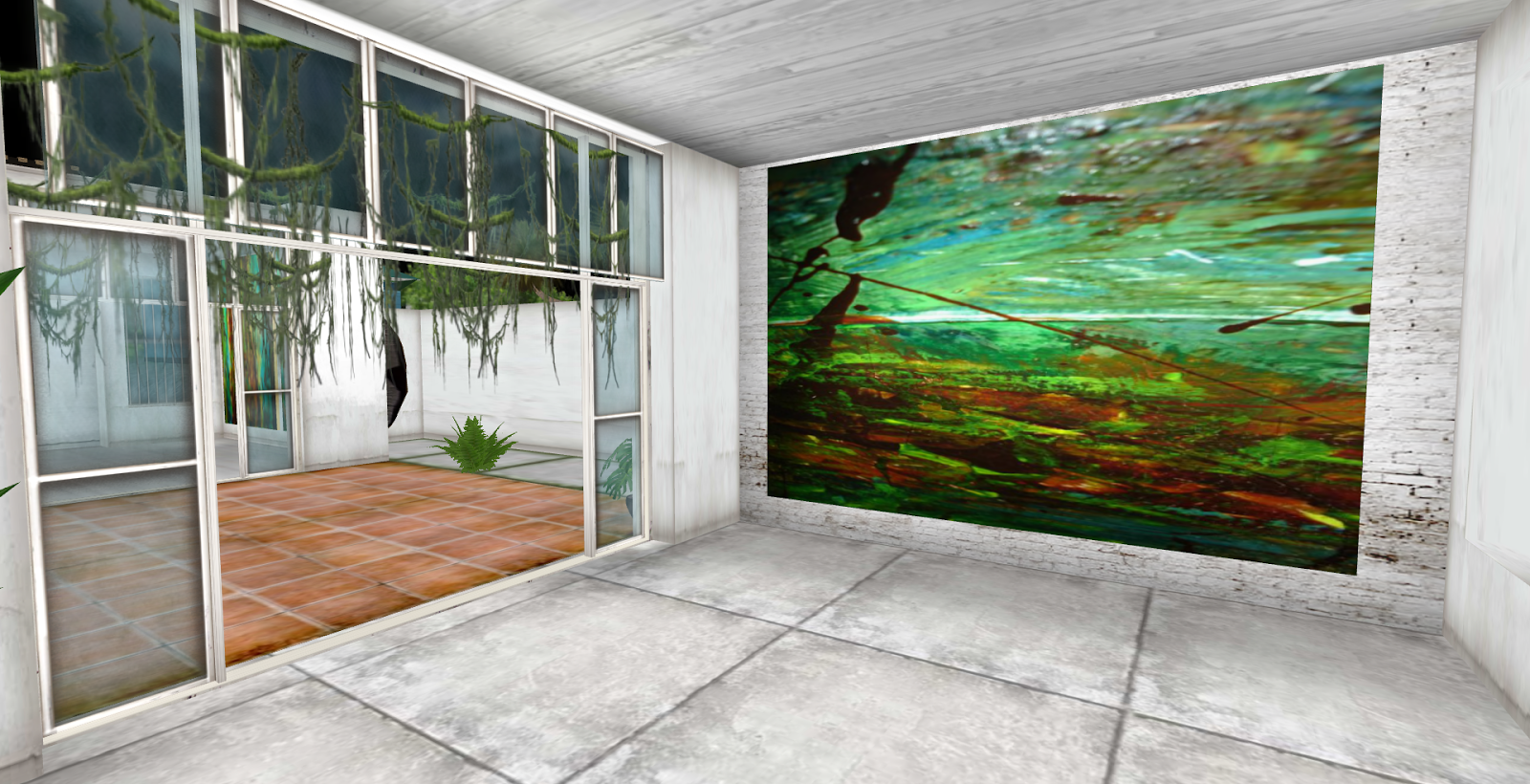 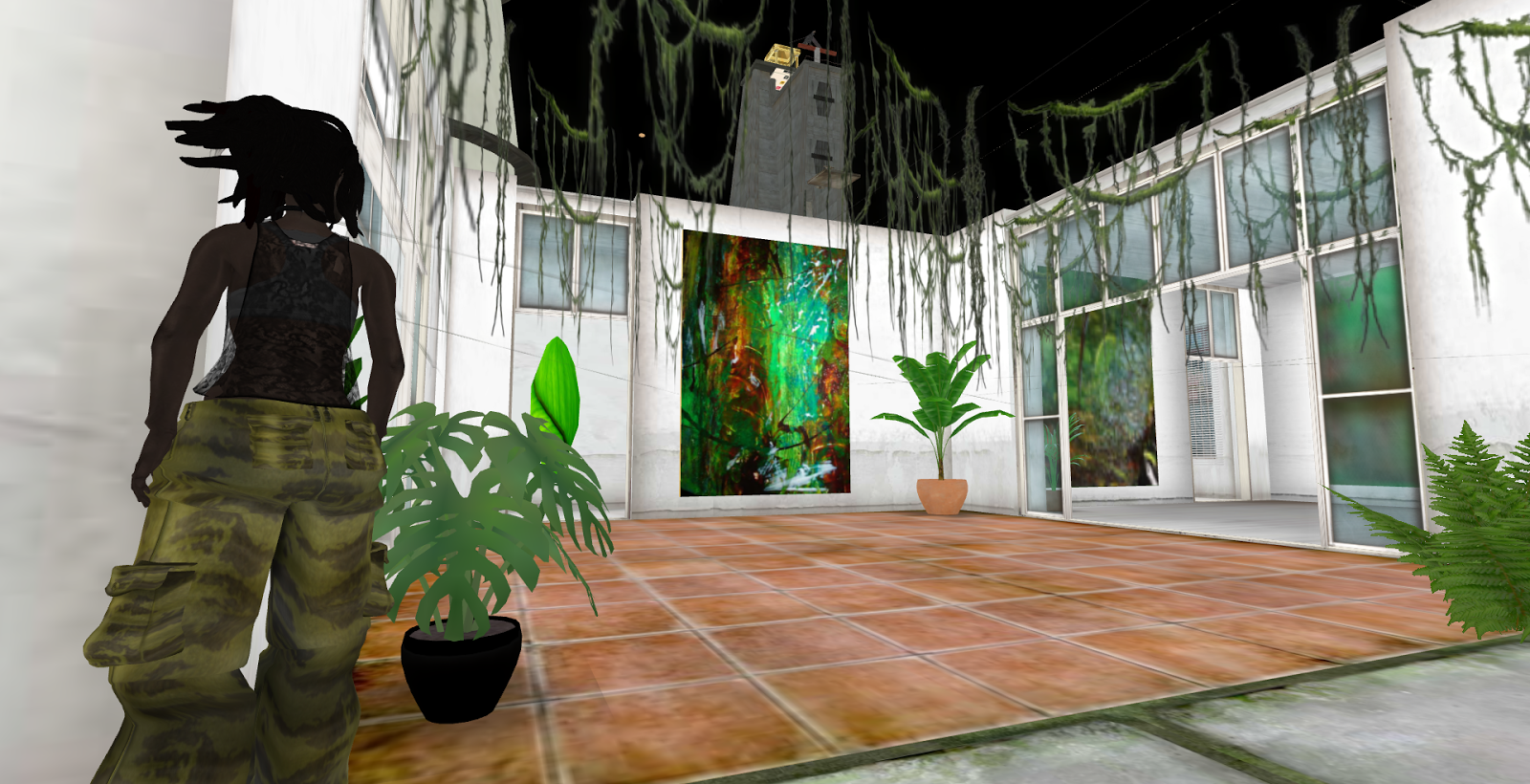 Posted by snakeappletree at 11:50 No comments:

music sub-genre inspired by sounds and rhythms made by HAARP and associated remote electronic mind control technologies. Characterized by very precise repeat-rhythm LFO oscillations.
"It's a bit like detroit techno."

You know if your music fits the category.

HOW TO MAKE HAARPWAVE MUSIC

Haarpwave emerged from minimalist techno. Where trance music techniques is to roll the snares on 8,16, 32, 64; haarpwave does not do this; it is continuous, monotonous. Certain frequencies in it are very slowly flangered to build up to a stress-pressure point. This is the same as the technique used in the electronic stimulation of metal particles in the skies seeded by chemtrail planes, to create artificial cloud coverage. The em waves build up to a peak where the molecules in the skies; 1 fuse into clouds, and 2 clouds open as rain.

White noise bursts, both of specific crunchy bass tones and used as hats & snares with a lot of stereopan placement. It sounds swallowing the listener into its tunnel are explored. It is hard edged, a concrete style and to the uninitiated, most of it is challenging to accept as music rather than dirge. Very often haarpwave is simply an electro-dirge loop put through effects and overlaid with beatmatched slices.

Haarpwave music is characterized by high frequency continual/oscilating tones representing those used in remote mind control technologies and psychic esp. High Altitude Aerial Research Program devices are certainly capable of manipulation of human spectrum mind waves. That is truly what the genre is all about. Against a backdrop of gray; coloured shafts of light. Music for synaesthetics.
That is it in its most robotic form. More emergent forms of haarpwave seek to return to “original jungle” an intent which pioneered dubstep when second generation drum&bass composers sought to return to “original jungle” sounding drum& bass. To this ends very plastic paddy synthetic tribal beats and processed samples from real indigenous drumming have been used in conjunction with robo-haarpwave to some spectacular effects especially on human cognition; regression to primal state consciousness as a method of deconditioning the listener from sansara (programmed) mind.
Although it is rare for lyrics to be used in haarpwave, tracks are generally themed to deal with uncomfortable taboo topics from the gritty end of street life, anti-corporate/government corruption, and pollution of planet, mind, biology; mostly it is self-referential regarding existing 'mind transfer devices' as cultural warfare for corporate strategy.

So far the genre is still emerging primarily on the live scene from South Wales, its musicians involved with counter-state-as-terrorist activities between doing live sets and illegal raves. It has not yet hit mainstream awareness.

trying to replicate the sounds i constantly hear from haarp and other electronic mind control devices; & to create soothing soundscapes to distract me and relax me from that constant bombardment.

history.nasa.gov/spaceact-legishistory.pdf International Law- Weapons of Mass Destruction- Non Lethal Weapons, Mind Control Weapons, or psychotronic weapons has been listed as weapons of Mass Destruction by UNIDIR-UN unidir.org/pdf/ouvrages/pdf-1-92-9045-002-2-en.pdf Three sinusodial waves ride on top of one another with very little energy loss over great distances from the multiple global HAARP SYSTEMS both land based and satellite based. The chemtrails increase the atmospheric electroconductivity and the over 52 land based HAARP systems around the globe as well as an unknown number of satellites manipulate the weather, manipulate plate techtonic activity that lead to earthquakes, volcanic activity, tsunamis, and also lead to manipulation of human beings and animals.

In April of 1997 United States Secretary of Defense William S. Cohen said: “Others are engaging even in an eco-type of terrorism whereby they can alter the climate, set off earthquakes, volcanoes remotely through the use of electromagnetic waves.” He made this statement at a conference on Terrorism, Weapons of Mass Destruction and U.S. Strategy in his official capacity as the US Secretary of Defense; thus this can be taken as an official position of the United States. Further he used the word “are,” not “could,” “might” or “maybe sometime in the future.” He further added: “It’s real, and that’s the reason why we have to intensify our efforts.” If the United States Secretary of Defense says that the earth and the sky have been turned into weapons, and are being used as such in present time, I believe we should take this statement very seriously…. "

"What is taking place is that the food supply , water and air are laced with structures that break the blood brain barrier.. and form crystal plaques inside the brain. But you also can make a crystal radio to demonstrate how this torture is affecting billions of citizens worldwide. I made my first electronics project at age 5 from the 101 electronic projects from Radio Shack.. back in 1971. One very basic project is a crystal radio... It was one of the projects.. It needs no power source because it uses the induction from the electrical radiation from the environment. All a crystal radio is is an earpiece, an inductor and a earpiece. (like the old ones that use to be sold and given out in those old radios) . and a variable resistor to change frequency.. These Crystal Radios are NOW inside of human brains.. from laced food over 30 years worth of chemicals and other additives that had NO OTHER PURPOSE THAN FOR NANO brain entrainment. If you do not k...now what a crystal radio is or nano brain entrainment.. then internet search it.. BUT DO NOT USE GOOGLE- because they are responsible for MASSIVE TORTURE and MURDER in the USA... Loud rock and roll shatters the crystal structures.. so do working with power tools and also frequencies over 20,000 hertz.. can shatter the structures inside the brain.. chaotic sound in the ELF to 20,000 hertz range has the abililty to shatter the nano structures inside the brain- and restore humanity to what it was prior to the chemtrails and the laced food.. Also shutting down the NSA would do the same.. the latter would free the USA sooner. It took Russia 60 years to free themselves.. lets hope the USA can turn it off sooner - already the USA has been under influence and control for over 37 years.. severe influence since 1998. Also Ringing a bell- such as a liberty bell or church bell frees.. bells have ELF to 20,000. Also a barber massage on your head is good too- or a palm sander with a towel on it works - " Ron Angell


The above text was hastily constructed circa 2011 and fails to describe it as accurately as its pioneers would prefer. Derivations of Haarpwave music genre are Derpwave and Shockwave.

Posted by snakeappletree at 05:26 2 comments: