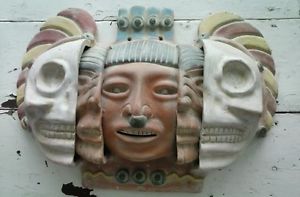 I switched off because I was fed up of fighting a defensive position, against playing roles in other peoples drama, in which they needed me to be a bad guy to justify their bid for social support amongst people who did not question their motives & integrity, people who accepted their games as the reality. When someone dominates a narrative, the people worth relating with are those who question that narrative as being definitive. Today when people lie to my face because they have sided with another liar, and I can see through all this, I tell them, you are lying to me because you are a zombie. And what upsets them is not that they perceive my statement as an insult, but because they perceive it as the truth. I have ability to hold mirrors up to people face. Why would I choose to hide behind their face when I can wear my naked skull?

So I dedicated a lot of time to the contemplation of “Keeping the Peace” as justification of lies. I can not respect a liar. I barely accept those who cannot tell the difference between truth and lies and assume ‘what they have been told’ is the truth. It is a mental health dis-order called Cognitive Dissonance / Disbelief Syndrome. So many people suffer this and can end it easily by aligning themselves with Truth. The foundation of spirituality is “to see truth you have to be truth”.

Why would you respect a person who knowingly lies to you? It is abuse because it is attempt to mentally impair them, to deviate their cognitive function away from truth. They certainly do not respect you enough to create an honest world between you. Why would you knowingly create a dishonest world whenever you are in a situation to? Is it because you perceive that the liar has more power than you, so you enable and endorse that? You can depower them so easily by exposing, confronting and reprimanding them.

The conclusion I have come to in the situation above is that for those people who lie and create zombies, for personal empowerment for which we historically use the word ‘liche’ (“leech” and “leige”), or under the justification that they lie to keep the peace, both require that the person who has been lied about, the victim of the slander, one who has less influence amongst the zombie horde because they avoid and dump hate onto the target, should exist with less peace. So it is untrue that lies keep the peace. It creates stress and pins it onto the victim.

The victim has three choices. These are the three worlds within the victims power to manifest.

One: (inaction) accept the situation and let them think whatever they want, because they are zombies they are incapable of clarity of thought anyway. This is to endorse the slander and be a party to it.  Remain identified as “victim”.

Two: (action) protest and attempt to win zombies over to the truth by telling the other side of the story which they have never asked to hear because they are zombies. Discredit the liars. Refute being ‘victim’ yet perpetuate war instead of bringing peace. Justified by; truth and understanding within a community which has been perverted by lies.

Three: (ascension) rise above the whole situation, detach, and known that aligning with truth means to rise above the dirt in which the zombies wallow, to attain a spiritual purity which liches cannot even see. Let them rot in their own deceptions and illusions.

“Grown-ups can handle the truth” and the famous retort: “Why do you lie to your children?” (Your duty is to support them to survive in adult life.)

“All this will be for nothing. We will have been for nothing. Defined by their histories, distorted to fit into their narrative. Until all that is left of us are the monsters in the stories they tell their children.” Captain Flint, Black Sails