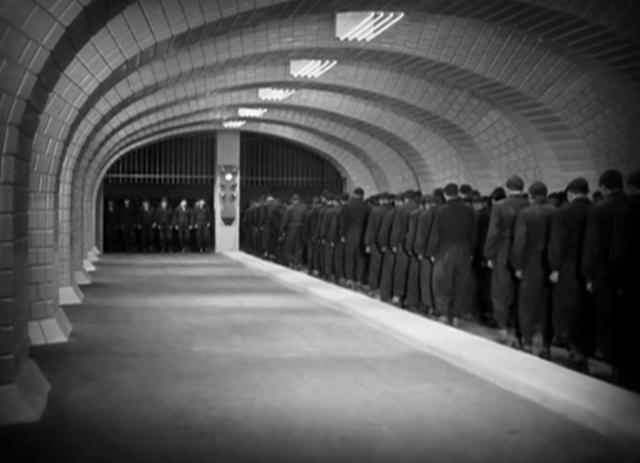 "WHAT COMES AFTER POST-MODERNISM?"

"If you want a vision of the future,
imagine a boot stamping on a human face -
forever."
George Orwell '1984'

In University during the mid-late 90s I was taught that we were living in the post-post-modern era. This technicality results from the distinction between post-modern era, which is infinitely perpetuated within contemporary western civilisation, and a marked difference when some unknown something comes along to shift things along.

Different sources disagree with when post-modernism properly began. For me it is represented by Andy Warhole's art, a pastiche exploiting mass production enabling consumerism. Already by his time post-modernism was old hat. By the time university lecturers began to explain it to yet another fresh faced generation X we students had began to realise that we had already outmoded the academic textbooks printed up ten years previously. This argument resulted in the lecturer discussing the post-post modern era we inhabited being merely more of the same. 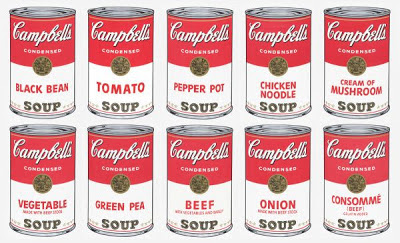 That summer we went to Glastonbury Festival at Pilton and laughed at a poser who was frantically running around muddy fields full of spaced out middle class hippies  and shouting for help from anyone who would provide him with a spare battery for his mobile phone. In 1997 perhaps one in fifty people had a mobile phone, if that many. The general attitude of most people was to ridicule them for it, the carrying of a basic second generation mobile phone representing a stigma from the yuppiedom of the 80s, 'with your filofax in your other hand' it was considered to be a male ego toy and penis extention attempting to convince normal people you were an up and coming business tycoon and not just another somebody.

My friend had foresight. "This time next year there'll be recharging stations for those things all along here," he joked. We thought it was so funny, given that the festival facilities at that time were so basic that the toilet block could be smelled from half a mile away and we were ankle deep in mud. A year later  the mud was worse, the toilets were worse, and there were recharging stations along that same field and every other person had a mobile phone. By autumn that year life  everyone's depended on them. In terms of cultural transition the change happened fast! 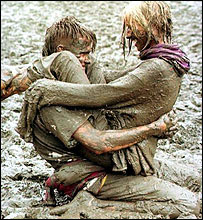 before mobile phones we had a thing called Love

It was another decade before the first internet phones had widely began to replace regular mobile phones. We have already surpassed the general consumer technology level of science fiction books I had grown up reading, eg; Shadowrun. Nobody cares much that Chinese children earn the equivalent of 2pence a day working in factories on 16 hour shifts to put deadly radioactive chips into the phones to fry our brains with.

The same story with the internet.  While 90s American movies starring Tom Hanks were promoting internet culture and already we were dealing with schools aghast at emoticons :P and kwk txt destroying the next generation X's written language abilities, 'most people' in britain did not have the internet at home until mid 2000s (arguably, because it depends which social stream, which caste, you belonged to).

In my opinion the Global Communications and Internet Revolution heralds a new phase of post-post-modernism into post-post-post-modernism. If Modernism is the desire to maintain the world as the retro-1950s culture, in which factory line mass production, provide cheap  and available disposable consumer goods; post-modernism is the 60s and 70s era of Global Liberation movements, the brat children of rock-and-roll on acid; then post-post-modernism is surely the lull gap of the 80s and 90s during which punk, goth and grunge, yuppies for England and poverty for Wales as it was seen here at the time, where the factories and high street community have been shut down and  replaced by supermarket warehouses in retail parks on the edge of town near the new multiscreen disney-pixar hollywood cinema chain, an economy gradually picking up as the next generation all go to work for the multinational corporations. 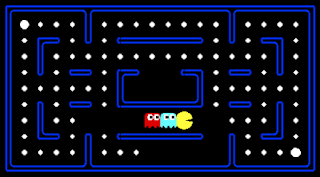 The 21st century of ordering online; internet shopping delivered directly to your door, is the post-modernists dream and a culmination of its manifesto if such a thing exists (it would be constantly re-written anyway). This is an era where anything can mean anything, the cultural roots are lost and laughed at because nobody cares anymore. Off-the-shelf disposable people ordered online are easily emotionally discarded, even when most of them are naughty noughties 00s emo culture.  None of us like it; the pain of dealing with this facet of human condition and social conditioning keeps us perpetuating and distilling the same old same old. We escape into terminal addiction of social media platform. Technology links us so we can video conference in realtime open-streaming with people from all technologically advanced, money using countries except industrialist China.

"Think of what ninety nine percent of the human race want –
food, shelter, a secure family life
and to be left alone by bosses and busybodies.
Unfortunately the one percent who are interested in power
and ideals and ideologies are the ones who call the tune."
Aldous Huxley 1947

The social changes being demanded are that many non-internet using people are stuck in their brainwash programming of post-modern retro-1950s mindset and HATE anything that isn't; while the educated global community speaking on behalf of 'the 99%' are  being shot at by military police for marching peacefully for social reform.  It is generally observed that the System does not serve the People; it serves the banks, and the unified police state facilitate corporate governmental policy. Corporate governmental policy is in most cases to take take take from the people  forced into consumerism, to repay a debt to the banks that is impossible to repay because the global economy relies on Usury. It has gotten to such a stage that if everyone in the world gave the banks everything that all of us collectively own; the debt would still not be repaid. This is blatantly a stupid situation. Frustration is widespread.

"When you realise that nobody gives a shit about you;
that is the day you understand what life is;
and what humanity is becoming.
When you get over that and start Loving;
that is the day you begin being human.
Love is never a taking; always a giving.
Flowing with it is the closest to Freedom we have."
Snakeappletree

"The Rainbow Bridge Around Earth signifies love for our living Earth, care for future generations, and our determination to co-create healing for humanity, elevating ourselves into new frontiers of our human potential.