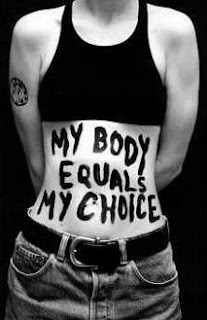 A Slut is somebody promiscuous. You are designed to be.

If you have grown up in a slaver culture, you will probably have a lot of issues about this which will affect your relationship with those who you claim to love, while using the word incorrectly because what you actually mean is ownership.

A genuine loving relationship accepts reality and equality. Control relationships are abusive relationships and Slavery is against the Law despite the mainstream ignoring that in their daily routines and preconceptions of righteousness. You do not have to choose this option.

It is not your place to judge how any other person lives provided they are doing so safely and respectfully. Sluts are typically liberterian and polyamorous, all of which is as nature intends. God said ‘we should be with the one we get along with best’ which does change regularly for most people whose lives are worth living.

A spiritualist once explained to me that most people are in a situation of not meeting ‘the one’ even if such a thing does exist, and on average you are probably at least two years away from meeting someone you will get along with well enough to settle down with for a while.

Meanwhile you will biologically need sex within the next few days. Given this situation, does it not seem probable that we are supposed to be experimental and promiscuous as a species? Sex is a biological necessity the same as shitting and eating. People who have regular sex are much healthier, mentally emotionally and physically, than those who abstain from pleasure. What is wrong with pleasure? You are designed for it.

A Slag is someone who bitches about other people, grasses them up to the police after setting them up for a crime they did not do, causes trouble, is out for themselves and highly manipulative bordering on psychosis. These people are abusers and losers, and are not tolerated in the positive and successful community.

Sluts can be ethical. Slags are unscrupulous. That is the real difference.

What went wrong with mainstream culture is repression ideology. Sex is power, therefore those who want to control you encourage us to feel bad about being empowered and having fun doing it. Religion is the main ‘to blame’, followed by segregation and division of tribal communities into isolated family units. Emphasis on jealousy instead of emphasis on empathic emotional support indicates a problem situation.

Love. Acceptance, forgiveness, and genuine stability make any couple strong enough to withstand the reality that you will find other people attractive, that you will likely receive offers of mutual pleasure from other people. Love is always giving.

In counseling sessions, two important questions emerged that are healthy to contemplate: