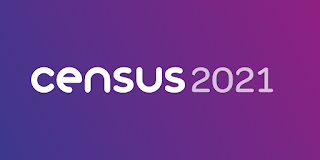 This is “the Law” referred to on the census letter:

“no person liable to a penalty with respect of religion.”

Nobody in the world has to fill this form in because people respect of religion existing. Do not have to say what religion, because that’s a particular.

If Lockheed Martin are the data processors for the 2021 census as they were for the 2011 it means that under British terrorist legislation anyone giving information (particulars) to them is aiding and abetting terrorism - Lockheed Martin build land mines which disable children, they are weapons manufacturers.

Clarification: There is an implied emphasis. Removal of the word “any” results in a listing specific to the topic of religion. The addition of the word “any” expands the concept to include “any” particular. This is a critical difference.

The listing does not refer to specific particulars relating exclusively to ‘religion’. The listing refers to ‘any’ particulars as a result of (with respect of) religion existing.

On this basis nobody has to give any information whatsoever simply because religion exists in the world, an awareness which people respect to be true.

Any information given is entirely voluntary despite threats and lies - coercive control - in the contemporary approach to persuading people to enter into contract.

In 2011 there was no F3 “sexual orientation or gender identity” mentioned whatsoever in the 1920 Act. This has been added after 2011 although no mention of the addition has been made in the Notes regarding additions and edits to the original document. It is a concession toward the LGBT+ minority group.

‘The modern interpretation’ of a century old well written manuscript is to criticise it for having bad grammar and reinvent it to a different meaning than was original intended, as excuse to create further restrictions and remove human and civil rights, rather than to accept ‘dumbing down’ which serves the agenda of removing human and civil rights. This census is a case in point for that debate (debacle).

Here is the clincher:

“Religion” is about belief. It is my belief the interpretation is correct and valid, that the evidence presented to verify the interpretation as correct (use of word ‘any’ particular) is logical and sensible. Ergo the approach to comprehending this entire document falls under the remit of “religion”. This is not manipulation, although expecting to interpret the meaning of Article 8 F2 as if the word ‘any’ is insignificant, to change the intended meaning as written. would be manipulation.

Date U.K. went into Lockdown due to coronavirus:

Ever heard of Agenda21 ? 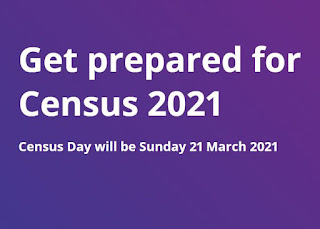 This is what Billy Connolly has to say about the subject of Terrorism: