Nobody who does think would ever begin a sentence with a confession they don’t.

So now you know how to deal with anyone who says this.

They have literally requested to be engaged with as if they have no developed self-awareness. “I don’t think, therefore I am not.”

They have confessed to being a mindless, reactive automaton, a super-ego program combined with an id’s desire to become or to be known as something they are not, yet without a balanced, functional ego necessary to stabilise them.

In short, an idiot.

What does ‘feel’ mean?

If somebody is talking about ‘feeling’ it is necessary to clarify what specifically they mean so as to avoid confusion.

Never assume your own personal use of a word is the same as the next persons.

although inaccurate due to its lack of awareness of how people;

a) change through cycles of varying duration,

b) are strongly influenced by factors such as environment, task-at-hand, and adapting to other people.

…indicates 50% of all people are “feeling” types but does not clearly specify the definition of either physical sensory or emotional self-evaluation.

Emotional evaluation of others is Empathy.

Emotional affinity with others is Sympathy.

People use the word ‘feelings’ for all of this in both its senses.

Also, anybody who begins a sentence with “I feel that…” or “I don’t feel…” has most probably been semi-professional level trained in a social manipulation tactic to empower ones own opinion in conversation.

This is directly from the generic interpersonal empowerment training manual.

Ask which studies and who wrote it. If the instructor cannot give you that information, it is bogus and part of a social engineering agenda.

An opinion is not a fact.

A fact is not a truth.

(It is a factor of an opinion, agenda or argument).

An opinion is not a truth.

“I feel it would be better if we ended war, stopped polluting the planet and all lived in peace.”

Everybody wholeheartedly agrees. Yet none of us actively stop polluting, war won’t end in our lifetime if ever at all and the only peace you can find is within which apparently for most people is a struggle to achieve even momentarily.

So, the statement of “I feel therefore it is right” is a non-sequitur argument. It is irrelevant unless you intend to manipulate mindless idiots who do not think clearly. Which, sadly, is the vast majority of people you will ever encounter.

Therefore, we seek better ways to communicate more wholesome and honestly to maintain integrity at the level we are aware of. That is what it is to be self-aware.

“I think…” and “I feel…” gains us little at all unless dealing with zombies.

How can we progress beyond this? 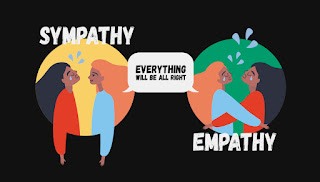